On August 2, 2013, the Seventh Circuit affirmed the district court’s dismissal of KM Enterprises v. Global Traffic Technologies, Inc., et al.,1 for improper venue, thereby siding with the D.C. Circuit and Second Circuit in their interpretation of the venue and service of process provisions in the Clayton Act and rejecting the Third and Ninth Circuits’ rule that venue is proper wherever a corporation may be served with process – i.e. nationwide.

KM Enterprises (KME) and Global Traffic Technologies (GTT) are both manufacturers of devices that allow emergency vehicles to send signals that preempt normal traffic lights so that the vehicles can pass through intersections with, not against, traffic lights. This allows emergency vehicles to reach their destinations quickly while maintaining safety for other cars on the road.

The first provision of Section 12 is about venue, and it states that venue is appropriate wherever the corporation is an inhabitant, is found, or transacts business.2 The second provision of Section 12 provides for nationwide service of process and, therefore, nationwide personal jurisdiction.3 The key issue in this case, as well as in the circuit split, is whether the two provisions must be read together or if they can be split.

If the provisions can be read separately, and mixed and matched with Section 1391, the approach advocated by the Third and Ninth Circuits, plaintiffs can combine Section 12’s nationwide personal jurisdiction rules with Section 1391’s venue rule.4 Essentially, this means that in antitrust cases venue is proper in nearly any district.

However, if the two provisions of Section 12 are read together, as the Second and D.C. Circuits have held, personal jurisdiction for purposes of service of process is appropriate anywhere a corporation resides or may be “found,” but venue is proper only in the districts a corporation inhabits, or in which it is found or transacts business.5

In this case, the district court granted GTT’s motion to dismiss, holding that venue was improper under 28 U.S.C. § 1391. KME appealed, arguing that GTT’s contacts with the Southern District of Illinois were sufficient to satisfy Section 1391 and that venue was also proper under Clayton Act § 12, based on the “mixing and matching” of the statutes, consistent with the Third and Ninth Circuit rulings.

The Seventh Circuit, in affirming, held that the two provisions of Section 12 should be read together because, if they were decoupled, the venue provision would be superfluous.

Additionally, the Seventh Circuit opined that reading the provisions separately would be contrary to Congress’s intent in passing Sections 12 and 1391 to place some limits on venue, in both antitrust and other cases. According to the Seventh Circuit, “[i]t would be quite strange to read two statutes that place limits on venue in a manner that eliminates those limits.”6

The Seventh Circuit pointed out that nothing in the text, purpose, or legislative history of Section 12 indicates that the mix-and-match approach is proper. Ultimately, the Seventh Circuit decided that the mix-and-match approach was “too bizarre and contrary to Congress’s apparent intent for [the court] to endorse.”7 Plaintiffs who want to use the nationwide service provision of Section 12 must also satisfy its venue provision. Plaintiffs who want to establish venue exclusively through Section 1391 must establish personal jurisdiction in some way as well.

The Seventh Circuit held that venue was similarly not proper under Section 1391. The court concluded that GTT was not subject to personal jurisdiction because its minimal activity in the district was insufficient to meet the specific and general personal jurisdiction requirements of federal due process.9

The circuit split here (five circuits have opined) would suggest that the issue is ripe for Supreme Court review. It is unclear, however, whether the Supreme Court will take such a case. If it does accept a case to resolve the circuit split, we think it likely the Court would take the Seventh, Second, and D.C. Circuit view that applies some restriction to antitrust venue. Such an approach would be consistent with the Court’s recent reluctance to make things easy for antitrust plaintiffs. 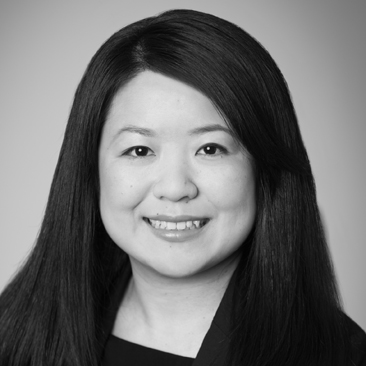