Grantbacks are a relatively common licensing provision in which patent holders require a licensee to “grant back” certain rights to improvements or subsequently developed technology.1  They are not inherently problematic from an antitrust perspective, and they often provide procompetitive benefits through increased innovation and dissemination of technology.  However, grantbacks have the potential to run afoul of the Sherman Act and foreign competition laws if they reduce companies’ incentives to innovate and to develop new technologies.  Courts therefore apply the “rule of reason” analysis to assess the competitive implications of these provisions, which means their legality turns on whether they create a substantial anticompetitive effect in a relevant market.  Generally, grantbacks are unlikely to be anticompetitive unless particularly burdensome on the licensee and/or are combined with other conduct that violates the Sherman Act.

The Supreme Court held that grantbacks are not inherently illegal as early as 1947.2  In Transparent-Wrap Machine Corp. v. Stokes & Smith Co., the Supreme Court evaluated an exclusive grantback requiring the licensee to assign all improvement patents on the original technology back to the licensor.3  Even though the licensee only received a non-exclusive, royalty-free license on its own subsequent developments, the court concluded that the provision was not inherently anticompetitive.4

Following the Supreme Court’s decision, lower courts have applied the “rule of reason” analysis to assess grantbacks.  Courts have particularly focused on the following factors: (1) whether the arrangement is exclusive; (2) whether the right is assigned and/or whether the licensee can use the improvement; (3) the ability of the licensor to grant sublicenses; (4) the scope of the grantback and its relation to the original patent; (5) the duration of the grantback; (6) royalty fee arrangements; (7) the level of competition between the parties; and finally, (8) the market power of the original patent holder.5

Courts have generally applied these factors to find grantbacks legal absent some additional anticompetitive behavior or overarching conduct.6  In Santa Fe-Pomeroy, Inc. v. P&Z Company, Inc., for example, the Ninth Circuit assessed a grantback related to improvements on a construction process.7  Plaintiffs claimed not only that they were coerced into accepting the grantback as a condition for accessing certain essential technology, but also that the grantback could stifle innovation.8  The Ninth Circuit concluded that the grantback did not cause any competitive harm due to the availability of competitive alternatives, the limited duration and subject matter of the arrangement, and the lack of evidence that innovation was suppressed.9

The Department of Justice and Federal Trade Commission (together, the “Agencies”) have adopted a similarly permissive approach to grantbacks, recognizing the potential for procompetitive benefits.  First, grantbacks encourage patent holders to license technology without the concern that a licensee may develop an improvement and ultimately exclude the licensor from using this proprietary technology built upon its own patent.10  Second, grantbacks promote innovation through the dissemination of patented technology.  The Antitrust Guidelines for the Licensing of Intellectual Property explain:

“Such arrangements provide a means for the licensee and the licensor to share risks and reward the licensor for making possible further innovation based on or informed by the licensed technology, and both promote innovation in the first place and promote the subsequent licensing of the results of the innovation.”11

Courts and the Agencies therefore balance these procompetitive effects when assessing the legality of a grantback provision.

Grantbacks Can Result in Anticompetitive Effects

Despite the typical procompetitive nature of grantbacks, courts and the Agencies have recognized the potential for competitive harm.  While the Supreme Court found that grantbacks were not per seillegal, it acknowledged the “possibilities of abuse.”12  The Antitrust-IP Guidelines elaborate on this possibility, explaining that “[g]rantbacks may adversely affect competition, however, if they substantially reduce the licensee’s incentives to engage in research and development and thereby limit rivalry in innovation markets.”13

Courts and the Agencies also carefully consider the patentee’s market power because it may increase the likelihood of competitive harm.17  This factor is particularly relevant in the standard setting context.  Choosing a patented technology as the standard reduces the number of substitutes for that technology, increasing the patentee’s bargaining ability.18  Grantbacks therefore have increased potential to violate the antitrust laws when included in a license for essential patents, which typically confer market power.  However, a grantback in exchange for a license under an essential patent is not necessarily anticompetitive.  In a February 2015 business review letter, the DOJ approved such a non-exclusive grantback policy, explaining that the limited nature of the grantback alleviated concerns about coercive licensing and diminished incentives to innovate.19  The Agencies have thus found limited grantbacks permissible even with essential patents. 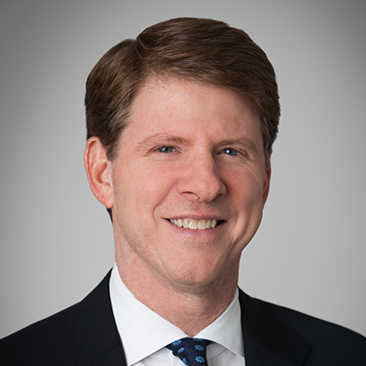 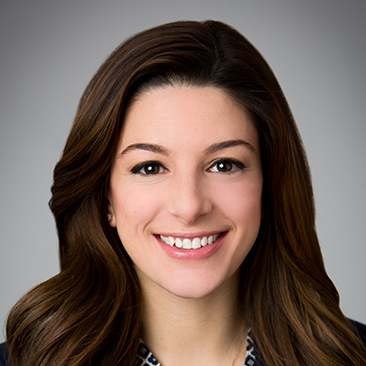 Alert — Antitrust/Competition Perspectives - IP Insights — By Adam C. Hemlock, John E. Scribner and Lisa Marie Pieters — October 26, 2016
On October 6, 2016, the Federal Trade Commission released its long-awaited study on Patent Assertion Entities (“PAEs”).  A PAE is an entity that acquires patents and generates revenue by asserting those patents against alleged infringers (e.g., potential licensees).  PAEs do not develop or sell products implementing their patents.  There has been a persistent debate in … Continued ...

Alert — Antitrust/Competition Perspectives - IP Insights — By Adam C. Hemlock, John E. Scribner and Lisa Marie Pieters — July 08, 2016
The antitrust laws generally provide that a firm has no duty to deal with or to aid its competitors. ...