New York Labor Law §193 has prohibited employers from deducting sums from employees' paychecks since 1966, subject to a number of enumerated exceptions. Commencing in 2010, the New York State Department of Labor began issuing several highly controversial opinion letters and web postings announcing a narrower interpretation of §193, which appears aimed at changing long-standing wage payment practices in New York. According to the recent labor department interpretations, if an employer advances money to an employee, the employer may not later recoup such payments through a wage deduction, even where the employee has authorized the deduction. Likewise, according to the labor department, if an employer inadvertently overpays an employee's wages, the employer may not recover the overpayment by deducting funds from the employee's paycheck, again, even where the employee has agreed to the deduction.

In both scenarios, the labor department's most recent interpretations of §193 also prohibit employers from requiring, by threat of discipline for example, that their employees repay the employer by means of a separate transaction. In essence, under the labor department's latest interpretations, an employer's sole recourse—when an employee refuses voluntarily to repay an overpayment or an advance—is to initiate the cumbersome and expensive process of commencing legal action against the employee to recoup any wage overpayment or overdue loan or advance repayment.

On June 21, 2012, the New York State Senate and Assembly passed Bill No. A10785-2011 which would loosen significantly the purported restrictions the labor department's interpretations would impose on employers (and consenting employees), and restore employers' ability to deduct from employees' wages in a number of circumstances. These amendments are now set to be delivered to Governor Andrew Cuomo, who previously issued a memorandum1 supporting this piece of legislation. Upon receipt, if the governor does not act upon the bill within 10 days, it will automatically become law. In this article, we discuss the radical shift in the labor department's latest interpretations of §193, and how the proposed amendments would change employers' practices of making deductions from wages in New York.

New York Labor Law §193 and New York Compilation of Codes, Rules and Regulations title 12, §195.1 govern employer deductions from employees' wages. Labor Law §193 expressly prohibits wage deductions unless either authorized by law, a court, or a government agency, or for items that are for the employee's benefit and authorized in writing by the employee for: (i) payments for insurance premiums; (ii) pension or health and welfare benefits; (iii) contributions to charitable organizations; (iv) payments for U.S. bonds; (v) dues payments to any labor organization; or (vi) payments that are "similar to" the five enumerated purposes listed above. N.Y. LAB. LAW §193(1). The regulations' §195.1 further provides that any permissible deductions for all non-enumerated items shall not exceed 10 percent of the gross wages due to the employee in a payroll period. 12 N.Y.C.R.R. §195.1.

Prior to 2006, there was little debate that an employer could make deductions from employees' wages so long as the deduction was authorized in writing by the employee, was for the benefit of the employee, and was for purposes that were "similar" to the purposes expressly authorized by statute. However, in 2006, the New York Court of Appeals determined that "similar" payments authorized under §193 are exclusively "monetary or supportive," and as such, subtracting from employees' wages a transaction fee in the process of redeeming a cash wage voucher violated §193. See Angello v. Labor Ready, 7 N.Y.3d 579, 584 (2006).

At first, the labor department did not significantly alter its view of §193 based upon the Labor Ready decision. For example, in 2008, the labor department still opined that an employer may, with an employee's written consent, recoup overpaid wages as a "similar payment" for the benefit of the employee, if deducted during the pay period immediately following the overpayment, and in subsequent pay periods, if the deduction is limited to 10 percent of gross wages in one pay period. See NYDOL Opinion Letter, RO-07-0015 (Oct. 23, 2008).

The labor department had issued this interpretation, notwithstanding an earlier New York Appellate Division case, Hennessey v. Board of Education, 227 A.D.2d 559 (2d Dept. 1996), which held that an employer was prohibited from deducting overpaid wages by garnishing its employees' paychecks, though notably, Hennessey did not involve employee consent. However, the labor department also opined in 2008 that an employer may not deduct wages, or retain an employee's last paycheck, for the repayment of employer-provided tuition reimbursements, because according to the labor department, such a deduction "is not one for any of the purposes authorized by §193(1)(b), nor is it similar to any such purposes…." See NYDOL Opinion Letter, RO-07-0003 (Oct. 23, 2008).

Less than two years later, in a 2010 opinion letter, the labor department announced a very different interpretation of §193 based on the Labor Ready case. In an Opinion Letter dated Jan. 21, 2010, the labor department interpreted permissible "similar payments" as either "monetary payments" that are "investments of money for the later benefit of the employee" or "supportive payments" that are "used by someone other than the employee or employer to support some purpose of the employee." See NYDOL Opinion Letter, RO-09-0152 (Jan. 21, 2010).

Purportedly applying the New York Court of Appeals' Labor Ready decision, the labor department explained that "[w]hile previous opinions of this Department may have provided that an employer may make a wage deduction for overpayments," those deductions are "no longer permissible" because "[s]uch payments are neither required nor authorized by law, nor do they fit within the meaning of the term 'similar payment.'" Id. Rather, according to the labor department, since such payments go directly to the employer, they violate "both the letter of the statute and the protective policy underlying it." Id. (citing Labor Ready, 7 N.Y.3d at 586).

The labor department also reiterated that employers cannot require that employees repay the overpayment through a separate transaction. Thus, according to the department, as the "employer may not avail itself of self-help by utilizing wage deductions to recover overpayments, employers may seek relief in a separate proceeding against the employee, i.e., an action in civil court." Id. The labor department has similarly opined that deductions from employees' wages to repay a prior advance of unearned wages or benefits from the employer to employees are impermissible, as they are neither required nor authorized by law, nor are they "similar payments." See NYDOL Opinion Letter, RO-09-0006 (Aug. 3, 2009); see also NYDOL Opinion Letter, RO-09-0088 (Aug. 13, 2009) (opining that wage deductions for the reimbursement of employee purchases are impermissible, where the money was advanced to employees, and where employees had agreed to this policy).2

Consistent with these surprising interpretations of §193 promulgated in 2009 and 2010, the labor department subsequently provided an illustrative list of deductions that, under its restrictive interpretation, are not payments "similar to" those enumerated in §193(1)(i)-(v), regardless of consent, or the benefit to the employee, including, but not limited to, the following:

The amendments to §193, which await Cuomo's signature, expressly reinstate categories of wage deductions that employers may reasonably have believed were lawful under §193. The amendments allow employers to deduct funds from wages with the written consent of employees, specifically, certain deductions that the labor department has opined are impermissible. According to the amendments' "Statement in Support," the law as it stands now "unduly restricts employees from deducting payments from their paychecks for valuable services provided by the employers," which is "disadvantageous to both employers and employees."

To address these concerns, the proposed amendments would authorize deductions to cover wage overpayments due to a mathematical or other clerical error, and for repayment of advances of salary or wages. Such deductions, however, would be subject to compliance with labor department regulations, which will include, but not be limited to provisions governing:

The amendments also would allow employers to deduct funds for certain categories of payments that the labor department has previously opined are impermissible, such as:

Prior to implementing any of these above deductions, however, employers must obtain written, voluntary, consent from the employee, executed only after the employee has received written notice of the terms and conditions of the payment and its benefits, and details regarding how the deductions will be taken. Employees also may authorize the above deductions pursuant to the terms of a collective bargaining agreement. Any employee authorization must be kept on file on the employer's premises throughout employment, and for six years following the end of employment.

Moreover, except those deductions that are required or authorized in a collective bargaining agreement, employees may revoke their consent to deductions in writing at "any time," in which case, the employer must cease the deduction by no later than the earlier of four pay periods, or eight weeks after consent was withdrawn. Also, notwithstanding any prior authorization, if there is a "substantial change" in the benefits of the deduction, or the manner in which the deduction will be taken, the employer must notify the employee "as soon as practicable," and prior to making any increased deduction—presumably so that the employee may evaluate whether to revoke or continue his authorization.

With respect to any deductions in connection with payments for employees' charitable, cafeteria, vending machine, or pharmacy purchases, and other "similar payments for the benefit of the employee," employers shall not permit purchases to exceed a limit established by the employee, or if no such limit is set, then a limit set by the employer. Finally, employers must give employees access, free of charge, to account information regarding these purchases.

While the amendments would authorize a number of wage deductions under §193 that the labor department has previously opined are impermissible, employers should proceed cautiously in implementing new policies or practices or entering into new voluntary wage deduction agreements with employees. As an initial matter, the provisions do not take effect until 60 days after they become law. These amendments also are set to expire three years after their effective date. In other words, the Legislature will have to revisit this issue to determine whether the bill is furthering its stated purpose of benefiting both employers and employees.

Along those lines, certain language in the proposed amendments remains largely undefined as written, and also will be subject to interpretation by the labor department and the courts. For example, while employers must inform employees whenever there is a "substantial change" in the terms or conditions of an enumerated payment, or in the benefits of a deduction, the amendments do not specify when any given change would qualify as "substantial." Additionally, on top of the newly enumerated categories of permissible deductions, the proposed amendments still authorize deductions for "similar payments for the benefit of the employee," a phrase that has generated much debate under the current §193.

Notwithstanding the uncertainty surrounding the amendments, employers can begin to consider evaluating particular employee group benefits that employers can perhaps now purchase at generously discounted group rates on account of a guaranteed and regular stream of payments by virtue of certain permissible wage deductions. Employers can also begin evaluating, or reevaluating certain financial programs for their employees, such as tuition or child care payment programs, or loan or salary advance arrangements to assist employees, with the security that employers can be repaid through a streamlined process of wage deductions.

Jeffrey S. Klein and Nicholas J. Pappas are partners at Weil, Gotshal & Manges. Celine J. Chan, an associate at the firm, assisted with the preparation of this article.

1. The governor's memorandum, Program Bill #49, is available at http://www.governor.ny.gov/assets/documents/GPB49-WAGE-DEDUCTION-MEMO.pdf

2. The opinion letter does not state whether these advances to the employees were for "purchases" for the benefit of the employer or the employee.

Reprinted with permission from the August 6, 2012 edition of the New York Law Journal © 2012 ALM Media Properties, LLC. All rights reserved. Further duplication without permission is prohibited. For information, contact 877-257-3382, reprints@alm.com or visit www.almreprints.com. 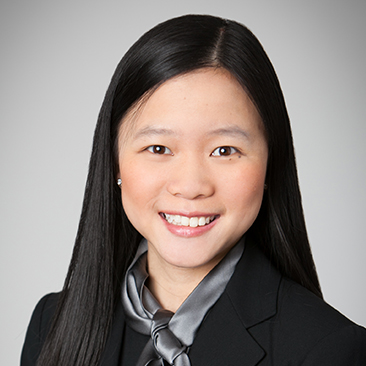