The U.S. Supreme Court’s latest term ended with a significant decision tightening the requirements for showing Article III standing to sue in federal court. That decision, TransUnion v. Ramirez, has widely been seen as a welcome development for defendants, particularly those facing large class actions alleging regulatory violations with hefty statutory damages. But the lasting implications of the decision are less clear, including the possibility that defendants may unwittingly find themselves defending such matters exclusively in state courts—forums many have sought to avoid. It will be important for plaintiffs and defendants alike to understand and contend with the nuances of TransUnion’s reach.

Justice Kavanaugh, writing for the court, put the issue succinctly: “No concrete harm, no standing.” This is so, the court held, even if Congress specifically authorized a cause of action for plaintiffs to sue and recover damages. What matters, according to the court, is that the plaintiff alleges—and later proves—that the legal violation caused a “concrete” harm. The court explained that an asserted harm is sufficiently concrete when “it has a ‘close relationship’ to a harm traditionally recognized as providing a basis for a lawsuit in American courts.”

For TransUnion, this meant that consumers whose credit files contained inaccurate information—specifically, false alerts that their names matched those appearing on government lists of terrorists or drug traffickers—could not sue in federal court for violations of the Fair Credit Reporting Act (FCRA) unless they could prove “concrete” harm, such as actual dissemination of their credit reports to third parties. The mere risk of future harm—for example, the possibility that TransUnion might send an inaccurate report to a potential creditor—was not itself enough. Nor was it sufficient that Congress had specifically legislated minimum statutory damages for the violation.

The conventional wisdom is that TransUnion reflects a boon for defendants, particularly those facing class actions, and particularly in the privacy and consumer-protection spaces. These areas are governed by several statutes, including the FCRA and the Fair Debt Collection Practices Act, where Congress enacted various regulatory and procedural requirements, gave individuals and consumers a cause of action to sue for violations of federal law, and provided for statutory damages. Under TransUnion, none of that is enough for Article III standing. “Only those plaintiffs who have been concretely harmed by a defendant’s statutory violation may sue that private defendant over that violation in federal court.” Further, the intangible nature of injuries in these areas may add to the headwinds plaintiffs may face in establishing the type of “concrete” harm that the Supreme Court has made an essential part of the Article III standing analysis.

As it relates to class actions, the Supreme Court reiterated that “[e]very class member must have Article III standing in order to recover individual damages.” With the court’s emphasis on scrutinizing the concreteness of the alleged harm, we may expect variation on individual class members’ abilities to allege or prove such harm. Indeed, in TransUnion, the court held that only the named plaintiff had standing to pursue certain claims because only he had developed sufficient proof of a “concrete” harm resulting from the alleged violations. All of this may be welcome developments for defendants. In addition to creating additional opportunities for defendants to dismiss cases, the court’s emphasis on showing concrete harm by each class member may create opportunities to resist certification on commonality or typicality grounds.

But there are signs that the lasting implications of the decision will be more nuanced. Justice Thomas’s dissent hit on an important one: the potential for exclusive state court jurisdiction over certain class actions. Whereas Article III—and the court’s “concrete” harm requirement—confines the power of federal courts, such limitations generally do not apply to state courts. State courts remain competent forums for adjudicating federal rights and, as the dissent points out, the court “does not prevent Congress from creating statutory rights for consumers; it simply holds that federal courts lack jurisdiction to hear some of these cases.”

The upshot is that plaintiffs who cannot meet the “concrete” harm requirement (or are unsure about assembling the necessary proof on a classwide basis) may look to state courts as a venue to pursue their claims. And defendants—who might ordinarily prefer to litigate such cases in federal court—will be precluded from removing them. Paradoxically, such a defendant may find itself litigating a class action in state court, lest it undertake the uncomfortable burden of demonstrating that its own alleged conduct caused the plaintiffs “concrete” harm. In short, there is possibility that a subset of cases will arise for which state courts become the exclusive forum for adjudicating federal rights.

Indeed, there are signs this is already happening. In Michaeli v. Kentfield Rehabilitation Hospital Foundation, No. 21-cv-03035-EMC, 2021 WL 2817162 (N.D. Cal. July 7, 2021), a plaintiff brought a putative class action in California state court alleging violations of the FCRA, including failure to comply with certain disclosure obligations. Defendants removed the case to federal district court, but the district court remanded the action back to state court. Citing TransUnion, the court held that the plaintiff had not alleged a “concrete” injury sufficient to support Article III standing. Significantly, defendants argued that the plaintiff had asserted a “concrete” harm resulting from the alleged FCRA violation—confusion created by the faulty disclosures. But that was not enough for the court. The court found that the complaint was at most ambiguous as to whether the plaintiff actually alleged confusion (even if it were a cognizable injury). Because defendants—the party invoking federal jurisdiction—had the burden of demonstrating standing, the doubts were resolved in favor of a remand back to state court.

Plaintiffs also may argue that pleading a “concrete” harm under TransUnion is not as insurmountable a hurdle as it may first appear. In fact, the court’s opinion itself offers a loose roadmap. To be sure, the court emphasized that the mere risk of future harm was not itself a “concrete” harm that could get a plaintiff into federal court. But it also acknowledged that such a risk might impose its own separate harm—say, for example, current emotional harm or psychological stress—that could be cognizable as an Article III injury. The TransUnion plaintiffs did not allege any such knock-on harm, so the court did not decide the issue. But the next set of plaintiffs may well take up the court’s lead. As the dissenters pointed out, it’s not a leap to conclude that knowing you have been falsely identified as a potential terrorist imposes current psychological harms.

And once again, the tea leaves have begun sprouting. In Mastel v. Miniclip SA, No. 2:21-cv-00124 WBS KJN, 2021 WL 2983198 (N.D. Cal. July 15, 2021), plaintiff brought a putative class action alleging that an iPhone app developer improperly accessed and read contents he had copied to his “Pasteboard”—an iPhone feature that allows users to copy-and-paste text from one application to another. Defendants argued that plaintiff had failed to allege any “concrete” harm—and therefore lacked standing under Article III—because there was no allegation that any of the plaintiff’s private information had been disseminated to third parties. The court disagreed, distinguishing TransUnion. The court seized on the TransUnion’s recognition that even intangible injuries may constitute “concrete” harms if they are sufficiently analogous to harms “traditionally recognized” in American law. According to the court, plaintiff’s allegations fit the bill: The gravamen of the claims was invasion of privacy, analogous to historical privacy torts like intrusion upon seclusion. (The court ultimately dismissed the case on the merits for failure to state a claim.)

Finally, the court’s opinion emphasizes that facts will matter for the “concrete” harm analysis. That is, whether plaintiffs have standing to sue for a statutory violation will turn not only on the legal elements of the claim, but on the specific facts of the harms alleged and proved. While defendants may see a lot to like in such a rule, there are caveats here, too. As the court reiterated, plaintiffs’ obligations to demonstrate standing evolve with “the successive stages of the litigation.” At the pleading stage, a plaintiff need only allege facts (which must be accepted as true) of sufficient concrete harm. Whether plaintiffs can prove those facts is another question. But that question, particularly if there are bona fide factual disputes, cannot be resolved until further down the road. In short, the more factual in nature the standing inquiry, the more courts may put off deciding the question until summary judgment—or later. 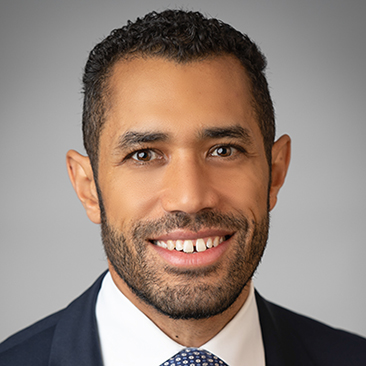