Companies and their outside counsel often retain various business consultants to advise on deals, and over the course of the deal, they may direct and oversee the consultants’ day-to-day tasks. But when litigation against the company concerning the deal becomes imminent and the company must take steps to preserve documents, a question may arise with respect to consultant’s documents. Notwithstanding the fact that such consultants are non-parties and separate legal entities from the company that retained them, must the company take steps to ensure that consultants’ documents are preserved? This article explores the current law and proposes considerations to help practitioners navigate the issue.

The Duty To Preserve Party Documents

The duty to preserve a party’s documents is well established under federal law. Actual and anticipated parties to a litigation have a common-law duty to preserve evidence when the party “has notice that the evidence is relevant to litigation or when [the] party should have known that the evidence may be relevant to future litigation.” ComLab v. Tire, 815 F. App’x 597, 600 (2d Cir. 2020) (Summary Order) (quoting Fujitsu Ltd. v. Fed. Express, 247 F.3d 423, 436 (2d Cir. 2001)). This preservation obligation does not require the party to retain “every shred of paper, every e-mail or electronic document, and every backup tape[,]” but it generally extends to the documents of “those employees likely to have relevant information—the ‘key players’ in the case.” Zubulake v. UBS Warburg, 220 F.R.D. 212, 217-18 (S.D.N.Y. 2003). Once the duty to preserve attaches, the party should issue a litigation hold and “suspend its routine document retention/destruction policy.” Id. at 218.

Failure to preserve documents could result in sanctions at the court’s discretion. Under Federal Rule of Civil Procedure (FRCP) 37(e)—which incorporates the common-law preservation obligation—a court may impose sanctions if electronically stored information (ESI) that should have been preserved “is lost because a party failed to take reasonable steps to preserve it, and it cannot be restored or replaced through additional discovery[.]” The nature of the sanctions is dictated by the prejudice that a party may suffer from the loss of information or a finding by the court of an intent to deprive the other side of the information.

Some courts may impose sanctions under their inherent authority instead. Under the common law, the party seeking spoliation sanctions must demonstrate “(1) that the party having control over the evidence had an obligation to preserve it at the time it was destroyed; (2) that the records were destroyed with a culpable state of mind; and (3) that the destroyed evidence was relevant to the party’s claim or defense such that a reasonable trier of fact could find that it would support that claim or defense.” Klipsch Grp. v. ePRO E-Commerce Ltd., 880 F.3d 620, 628 (2d Cir. 2018) (internal quotation marks omitted).

Whether a party’s preservation duty includes certain non-party documents depends on whether the party has control over them. FRCP 34(a) allows parties to request the production of documents that are in the responding party’s “possession, custody, or control”; because non-party documents are not typically in a party’s possession or custody, courts will consider the party’s control. Moreover, as stated, one of the elements for justifying spoliation sanctions is whether “the party having control over the evidence had an obligation to preserve it at the time it was destroyed.” Klipsch Grp., 880 F.3d at 628 (emphasis added). The issue, however, is what level of control is necessary to trigger the preservation duty.

New York federal courts have held that “either the legal right or the practical ability to obtain” the non-party’s documents constitutes sufficient control. GenOn Mid-Atlantic v. Stone & Webster, 282 F.R.D. 346, 355 (S.D.N.Y. 2012) (emphasis in original); see also In re NTL Secs. Litig., 244 F.R.D. 179, 195 (S.D.N.Y. 2007). Whereas evaluating a party’s legal control is a matter of evidence (such as a cooperative agreement that obligates the non-party to provide documents to the party), evaluating a party’s “practical ability” to obtain documents can frequently come down to the court’s “common sense” in light of the evidence. See, e.g., Funk v. Belneftekhim, 2019 WL 7603139, at *5 (E.D.N.Y. Jan. 17, 2019) (“Although there is ‘not an exact science’ to determining control, the record and ‘common sense’ demonstrate that [the non-party documents] were within Plaintiffs’ control.”).

For example, in GenOn v. Stone & Webster, the GenOn plaintiffs’ outside counsel had engaged non-party FTI Consulting, Inc., years before the lawsuit, to assist with certain audits of the defendant. In litigation, the defendant moved for sanctions against GenOn for FTI’s alleged spoliation of audit-related documents. The court observed that, “[a]lthough there [was] no direct evidence that GenOn could have obtained FTI’s audit-related materials merely by asking for them, or that FTI necessarily would have honored a request by GenOn that they be preserved, common sense suggests that this [was] likely.” GenOn, 282 F.R.D. at 355. The court took into consideration the ongoing relationship between FTI and GenOn/its counsel (including FTI’s retention as GenOn’s trial expert in the case), and concluded that the documents were within plaintiffs’ “practical control” and that plaintiffs had a corresponding duty to preserve them. Id. The court went on to find that, because defendant had subpoenaed FTI and dealt with FTI’s counsel directly without involving GenOn, “GenOn had an obligation to cause FTI to preserve its information,” but was “not liable for any unrelated shortcomings in FTI’s actual production to [defendant].” Id. at 356.

Similarly, in Luellen v. Hodge, the court held that, although the plaintiff had not demonstrated that the defendant had any legal control over his bank account records in the non-party bank’s custody, the court’s “common sense understanding of the relationship between an account holder and a financial institution” led it to conclude that the defendant had “sufficient control over the documents to be able to direct their preservation.” 2014 WL 1315317, at *6 (W.D.N.Y. March 28, 2014). In this case, the plaintiff served a non-party subpoena on the bank and defendant moved to quash. The court held that the duty to preserve arose on or about the date that the defendant filed the motion to quash but not before, and that once the duty to preserve arose, the defendant “should have contacted [the bank] to request preservation of records responsive to the subpoena.” Id.

Assuming that a client does not have legal control over its consultant’s documents, counsel will be left with determining whether there is a “practical ability to obtain” those documents. In many instances, as a matter of “common sense,” it may be prudent to advise the consultant of the litigation, request the consultant to preserve relevant documents, and take reasonable steps to confirm that the consultant will comply. To evaluate whether the preservation duty may be triggered in a particular situation, consider the following factors:

Is the client-consultant relationship ongoing/recently concluded?

What is the nature of the client-consultant relationship? To the extent there is evidence that, in the ordinary course of business, the consultant readily provided documents to the client/counsel upon request, such evidence likely would lead a court to find sufficient control.

As a final note, it is important to remember that spoliation sanctions will not be imposed solely on a finding that the preservation duty attached. A culpable state of mind and prejudice to the moving party are also FRCP 37(e) and common-law requirements. Thus, if a client issues a request for a consultant to preserve data, but the consultant nevertheless fails to do so, the company arguably may not be subject to sanctions. As sanctions are within a court’s discretion, the best policy is to act reasonably and in good faith at all times. 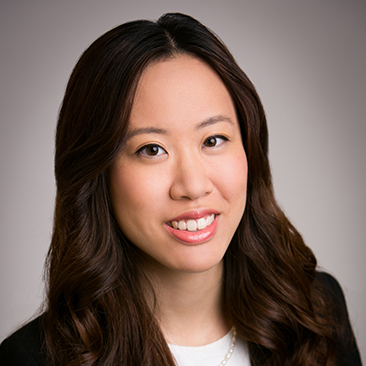