The U.S. Court of Appeals for the Ninth Circuit recently ruled in Rizo v. Yovino that employers may not use prior pay — whether "alone, or in combination with other factors" — as a defense to a prima facie case of unequal pay under the federal Equal Pay Act.

The Yovino decision reflects a strong judicial and legislative migration over the last several years toward restricting the use of prior pay in setting compensation. The Ninth Circuit's en banc opinion adds to growing uncertainty for employers regarding what role, if any, an applicant's prior pay may play in setting compensation, conducting an internal pay audit, or defending against Equal Pay Act or other gender-based pay claims. This question may now be ripe for review by the U.S. Supreme Court, which received a petition for a writ of certiorari in Rizo v. Yovino on March 24, 2020.

The Equal Pay Act prohibits paying an employee at "a rate less than the rate at which [the employer] pays wages to employees of the opposite sex ... for equal work on jobs the performance of which requires equal skill, effort, and responsibility."[1] Employers may defend an Equal Pay Act claim by demonstrating that the pay disparity is "pursuant to (i) a seniority system; (ii) a merit system; (iii) a system which measures earnings by quantity or quality of production; or (iv) a differential based on any other factor other than sex."[2]

The Equal Pay Act itself does not illuminate what constitutes "any other factor other than sex," nor does it identify such factors as education, qualifications, training or experience, which courts have historically concluded fall within the fourth factor. On February 27, 2020, the Ninth Circuit in Yovino issued an en banc opinion holding that an employer may not defeat a prima facie case under the Equal Pay Act by arguing that prior pay is a factor other than sex.[3]

In Yovino, a California teacher filed an Equal Pay Act claim against her school district challenging a compensation system that set pay for new employees with a formula largely based on an incoming employee's prior rate of pay. Aileen Rizo, hired as a math consultant in 2009, held two master's degrees, and her experience included 13 years as a math teacher and three years as head of the math department and designer of her previous school's math curriculum.

In 2012, Rizo learned that a newly hired male math consultant was paid more than she was, and subsequently learned "that all of her male colleagues were paid more than she was, even though she had more education and experience." The school district did not dispute that Rizo was paid less than her male counterparts, but asserted that it determined her pay rate based on her prior pay, i.e., any other factor other than sex.

The Ninth Circuit disagreed that Rizo's past salary was a permissible factor other than sex under the Equal Pay Act, concluding that to allow "employers to escape liability by relying on employees' prior pay would defeat the purpose of the act."[4]

More specifically, the Ninth Circuit held that the so-called catch-all fourth affirmative defense, i.e., "any other factor other than sex", must be "job-related" and that prior rates of pay are not "related" to a new, current job. The court focused on the fact that the first three exceptions (a seniority system, a merit system, and a system that measures earnings by quantity or quality of production), are all job-related.

Thus, "Congress' use of the phrase 'any other factor other than sex' signals that the fourth exception is also limited to job-related factors." The court acknowledged that "prior pay could be viewed as a proxy for job-related factors such as education, skills or experience. ... [A]nd that prior pay can be a function of factors related to an employee's prior job."

However, prior pay itself is not job-related such that it can be used to defend against a claim of unequal pay. The court further noted that the school district failed to explain why or how prior pay was indicative of the plaintiff's ability to perform the new job for which she was hired. The court also expressly stated that allowing prior pay to serve as an affirmative defense would effectively perpetuate sex-based wage disparities given the "history of pervasive wage discrimination in the American workforce."

While prohibiting the use of prior pay to defeat an Equal Pay Act claim, the Ninth Circuit stated that the act does not prevent employers from considering prior pay for other purposes, such as, for example, setting or negotiating compensation. The court acknowledged a "tension" between allowing employers to consider prior pay in setting wages and prohibiting employers' use of prior pay as a defense to an Equal Pay Act claim, but explained that this tension is inherent in the terms of the act because the statute places no limit on the factors an employer may consider in setting wages, but does place on employers the burden of demonstrating that sex played no role in any subsequent wage differential.

The court's description of this "tension" may be an understatement. If employers are permitted to rely on prior pay in setting or negotiating compensation, how can the employer later attribute a pay disparity to anything other than that prior pay, which the court found is not a valid defense to an Equal Pay Act claim?

Differing Views Among the Circuits and the EEOC

The fact pattern in Yovino, a formulaic approach to setting compensation that resulted in a more qualified female employee earning less than her male counterparts, was, in the words of one concurring opinion, a "textbook violation" of the Equal Pay Act.

Notably, two separate and lengthy concurrences in Yovino aligned with the views of the other circuit courts and guidance from the U.S. Equal Employment Opportunity Commission, and criticized the majority for giving too narrow a reading to the fourth defense under the Equal Pay Act. The concurrences focused on the practical realities of setting pay and recognized that job-related factors, such as qualifications, education, experience and training, may all be reflected in prior pay.

The U.S. Court of Appeals for the Seventh Circuit, by contrast, has taken the least restrictive approach. In Fallon v. Illinois, the court concluded that the scope of the fourth defense under the Equal Pay Act "embraces an almost limitless number of factors, so long as they do not involve sex."[6]

More recently, in Wernsing v. Department of Human Services, State of Illinois, which the Ninth Circuit in Yovino characterized as an "outlier," the Seventh Circuit found no violation of the Equal Pay Act based on a practice of paying transfer employees at least as much salary as they earned in their previous job, plus a raise if possible under the position's pay scale.[7] The Seventh Circuit noted that the "statute asks whether the employer has a reason other than sex — not whether it has a 'good' reason."[8]

The EEOC, in part based on available case law at the time, has taken the position that prior pay may be used as a justification for a pay disparity in combination with other factors. "[I]f the employer can prove that sex was not a factor in its consideration of prior pay, and that other factors were also considered, then the justification can succeed."[9]

In the current environment, many employers appropriately are focused on workplace pay disparity. At least 17 states have enacted some form of compensation history ban, and many municipalities have followed suit.

Therefore, it is possible that within the next few years most employers will not have historical pay information to consider when setting pay, conducting an internal pay audit, or defending against the Equal Pay Act or other gender-based claims.

However, in the meantime, the Ninth Circuit's opinion raises questions for employers as to how they can defend against Equal Pay Act claims.

Imagine two employees, one female and one male, who apply for precisely the same job at the same company.

He refuses to accept the same position for less than $90,000, and is hired at that figure. Two years later, both the female and male employees have performed well and have received precisely the same percentage salary increases; however, the woman learns of the disparity and files an Equal Pay Act claim.

Under the majority's ruling in Yovino, it would appear that the company could not rely on the starting pay disparity as an affirmative defense because the pay differential was not job-related, but rather was job-market-related. Perhaps the majority's decision in Yovino would permit the employer to argue that the male comparator had negotiated a higher starting salary, but it might not permit the affirmative defense of different market conditions.

And what about the male comparator who was hired at the same $80,000 salary in the fall of 2020, but then threatens to join another company a year later when the economy is stronger and is given an increase in base salary by his current employer to stay? Is that pay disparity "job-related" under Yovino?

In a similar vein, should different market forces be accounted for when an employer conducts an internal pay audit five years later, where a majority of employees of one gender was hired for the same position during a period of greater economic prosperity, thereby driving up their starting salaries?

The prospect of a ruling by the Supreme Court may prompt employers to assess whether their use of prior pay creates pay disparities among employees who perform equal work. Employers should proactively review their practices, including by conducting privileged pay audits, and ensure that any wage disparities are defensible based on factors other than prior pay. Employers should consider additional training for hiring managers and review their hiring documentation to evaluate if, when and how they are soliciting and using compensation history.

Finally, employers, particularly those operating in jurisdictions within the Ninth Circuit, should be mindful that relying on the "any other factor other than sex" defense under the Equal Pay Act will require them to articulate (and they should document) a job-related basis for any pay differential — e.g., experience, education, skills, training or other qualifications separate and apart from prior pay.

[3] A 2018 en banc opinion, authored by Judge Reinhardt shortly before his death but released days later, reached the same conclusion. The U.S. Supreme Court struck down the opinion because judges are "appointed for life, not for eternity," and remanded the case back to the Ninth Circuit.

[4] In doing so, the Ninth Circuit overruled its own prior decision, which had held that prior pay could be an affirmative defense under the Equal Pay Act as long as it was used "to advance an acceptable business reason." Kouba v. Allstate Ins. Co., 691 F.2d 873 (9th Cir. 1982). In Yovino, the court reasoned that "business reason" is "a category so capacious that it can accommodate factors entirely unrelated to the work . . . perform[ed]." 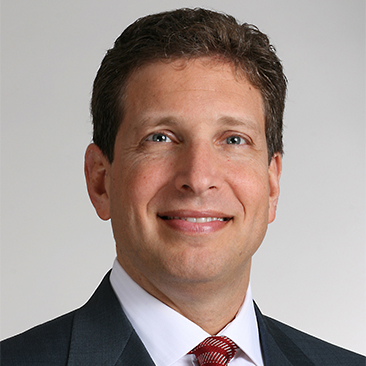 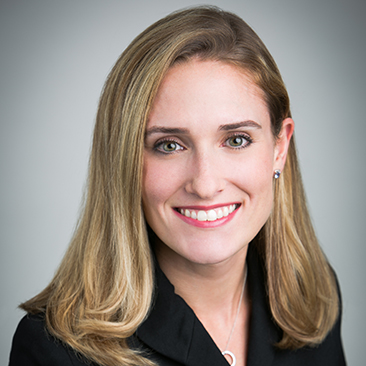 A Shift in Federal Government Priorities for Diversity, Equity and Inclusion

Less is More: When Embedding Restrictive Covenants in Multiple Agreements Can Lead to Choppy Waters for Employers

Employment Law Trends Assessment: Looking Back at 2020, and Ahead to 2021