False Claims Act (FCA) litigation has been on the rise in the past few years and shows no signs of slowing down. The federal FCA, 31 U.S.C. §3729, prohibits individuals or businesses from submitting, or causing someone else to submit, a false or fraudulent claim for payment to the government. Typically, the defendant is a company and the plaintiff is either the Department of Justice or an individual qui tam relator filing on behalf of the government.

The federal government is not alone in attempting to utilize an FCA statute to combat fraud, waste and abuse in government spending. States and municipalities have also taken legislative action and enacted their own FCAs. Currently, more than 30 states and four municipalities have enacted FCAs, including both New York and New York City—most with qui tam provisions.4 With many states facing budgetary shortfalls, state FCAs present attractive revenue-raising opportunities.5 Indeed, states have recovered hundreds of millions of dollars under their FCAs.6

New York first passed its FCA in 2007 (NY FCA), which was substantially similar to the federal FCA. Both the federal and NY FCAs are frequently invoked in Medicaid fraud cases and, since 2007, New York has collected approximately $200 million as a result of Medicaid fraud alone.7 Only three years after the NY FCA was first passed, however, New York Attorney General Eric T. Schneiderman pushed through legislation to significantly strengthen the act. On Aug. 13, 2010, the New York state legislature passed the New York Fraud Enforcement and Recovery Act, which enacted amendments to the NY FCA. Schneiderman touted the revised NY FCA as a "False Claims Act on Steroids."8 The 2010 amendments broadened liability in several aspects and also increased the chances that NY FCA cases will survive a motion to dismiss and proceed to discovery. It is important for practitioners to understand the potential issues they may face when litigating claims under this recent and expansive version of the NY FCA.

Practitioners first should recognize that the 2010 amendments expanded the protections afforded to whistleblowers. The broad group of potential whistleblowers now protected include:

[a]ny current or former employee, contractor, or agent of any private or public employer who [has been] discharged, demoted, suspended, threatened, harassed or in any other manner discriminated against in the terms and conditions of employment, or otherwise harmed or penalized by an employer, or a prospective employer.9

The 2010 amendments further protect whistleblowers by expanding the circumstances under which immunity could be granted. Even if a whistleblower:

obtain[s] or transmit[s] to the state, a local government, a qui tam plaintiff, or private counsel solely employed to investigate, potentially file, or file a cause of action under [the NY FCA], documents, data, correspondence, electronic mail, or any other information [that] may violate a contract, employment term, or duty owed to the employer or contractor,

immunity will be granted so long as the "possession and transmission" of such documents and information are in furtherance of the action.10 Practitioners should therefore anticipate defendants in business tort and unfair competitor cases invoking the 2010 amendments as a defense against claims of misappropriation of confidential information and/or documents.11

Next, practitioners must be mindful that the 2010 amendments have limited certain common legal defenses. The amendments extended the statute of limitations to 10 years from the date of the violation and removed the alternative three-year limitations period related to the government's actual or constructive knowledge of material facts.12

In addition, the definition of "original source" was expanded to include individuals who (i) prior to a public disclosure, voluntarily disclosed to the state or local government the information on which the allegations or transactions in the complaint are based on; or (ii) have knowledge that is independent of and materially adds to the public disclosures, and who voluntarily provides such information to the government before or concurrent with the filing of the action.14 These changes will inevitably have an impact on the course of NY FCA litigation, and some have predicted that more qui tam actions will now survive the motion to dismiss stage.15

Furthermore, the 2010 amendments relaxed the heightened pleading standards. Although the New York CPLR requires factual allegations of fraud to be stated in detail,16 the 2010 amendments do not require identification of "specific claims."17 Rather, "if the facts alleged in the complaint, if ultimately proven true, would provide a reasonable indication of one or more violations…and if the allegations in the pleading provide adequate notice of the specific nature of the alleged misconduct," the complaint should survive a motion to dismiss and proceed to discovery.18

Last, and perhaps most importantly, practitioners should be aware that the 2010 amendments created an entirely new area of whistleblower law under the NY FCA—tax fraud. Similar to the federal statute, New York's 2007 FCA specifically exempted tax fraud.19 However, under the New York "False Claims Act on Steroids," a whistleblower can bring a qui tam lawsuit against an individual or business that makes more than $1 million net income and defrauds New York for more than $350,000 by making a false or fraudulent claim, record or statement under the state's tax laws.20 The scienter requirement for the defendant is actually quite low. The defendant need not have knowingly or intentionally violated the tax code; rather a false tax return submitted in "reckless disregard" of the law is sufficient.21 If successfully prosecuted, New York can charge the highest civil penalties available and the guilty party must pay three times the amount he defrauded the government, as well as penalties of up to $12,000 per false claim.22 The whistleblower can keep up to 30 percent of the recovery if he brought the suit alone (and 25 percent if the government pursues the case).23 New York estimates that by 2014 it will recover $20 million per year from tax fraud.24

Schneiderman has already signaled his eagerness to take on tax fraud cases. On April 19, 2012—less than two years after New York enacted the 2010 amendments—the New York attorney general's office filed its first-ever whistleblower tax case under the NY FCA by joining the qui tam case against Sprint-Nextel (Sprint) for its knowing and fraudulent failure to collect and pay more than $100 million in New York sales taxes on receipts from sales of wireless telephone services since July 2005.25 The potential recovery from Sprint is more than $300 million.26

The New York state lawsuit against Sprint originated from a whistleblower complaint filed in March 2010, which prompted a Taxpayer Protection Bureau investigation.27 The complaint alleges that Sprint engaged, and is engaging, in a nationwide scheme to gain an advantage over its competitor wireless carriers by failing to collect and pay sales taxes, thereby reducing the cost of its products to its customers.28 Specifically, the complaint claims that Sprint was, and is, illegally avoiding its New York sales tax obligations on about 25 percent of its receipts for flat-rate access charges for wireless calling plans and therefore passing back too small of an amount to New York state and local governments. Despite its actual knowledge that it was required to collect and pay New York sales taxes on the full amount of these fixed monthly charges, the complaint charges that since July 2005, Sprint has acted contrary to law in order to advance its own competitive interests.29

The Sprint action, however, faces an important constitutional challenge: whether a retroactive application of the New York FCA violates the ex post facto clause. Indeed, this is the issue raised in Sprint's motion to dismiss filed on June 14, 2012.30 Sprint argues that the federal constitutional ban on ex post facto laws prohibits the retroactive application of statutes that are punitive in nature, such as the NY FCA, which imposes treble damages and penalties.31 The punitive nature of the NY FCA was addressed in State of New York ex rel. Grupp v. DHL Express (USA), recently decided by the Court of Appeals on April 26, 2012.32 In fact, DHL was the first decision issued by the Court of Appeals regarding the NY FCA.

DHL contracted with New York to provide the state with courier services using both air and ground transportation. The qui tam plaintiffs owned a trucking company and provided DHL with ground shipping services as an independent contractor. The plaintiffs alleged that DHL submitted false claims, in violation of the NY FCA, when it (i) asserted that packages delivered by air, which added a jet-fuel surcharge to the cost, were in actuality packages delivered by truck, and (ii) imposed a diesel-fuel surcharge, even when independent contractors were the ones who incurred the fuel costs.33

The defendant moved to dismiss the complaint, arguing that the case was preempted by federal air and carrier laws, which the trial court denied because it found the market-participant exception to federal preemption applied.34 On appeal, the Appellate Division, Fourth Department, rejected the applicability of the market participant exception, reversed, and dismissed the complaint.35

In affirming the appellate division's ruling on the whistleblowers' market-participant argument, the Court of Appeals recognized the market-participant exception, but explained that "a governmental entity does not escape federal preemption, even when assuming the role of a private actor, if it 'us[es] its power in the marketplace' to implement governmental policies."36 Although New York procured services from DHL in its proprietary capacity, the Court of Appeals reasoned that the NY FCA "establishes public policy goals and is thus, regulatory in nature" because the act imposes "civil penalties and treble damages."37 Such imposition:

evinces a broader punitive goal deterring fraudulent conduct against the State. That is, instead of compensating the State for damages cause by DHL's purported scheme and addressing its narrow proprietary interests, the FCA would punish and consequently deter such future conduct.38

The court therefore found that, "in light of the FCA's regulatory effect, the market participant exceptions [was] rendered inapposite to [the] appeal."39

The Court of Appeals' recent decision in DHL may signal the outcome in the Sprint litigation and provide future litigants trying to limit the amount of treble damages and penalties with a hook. If the Sprint court views the civil penalties and treble damages of the New York FCA as punitive in nature, then it is likely that it will uphold the federal constitutional ban on ex post facto laws and prohibit retroactive active application of the NY FCA, thereby limiting the amount of potential damages.

Another active litigation in which this defense may arise is New York v. The Bank of New York Mellon, filed by Schneiderman in October 2011.40 The Mellon complaint alleges that, from at least 2001 to present, the bank defrauded its clients, including New York, on foreign-exchange trades and earned the bank $2 billion, in violation of the NY FCA.41 On Dec. 13, 2011, BNY Mellon filed a motion to dismiss, which is still pending. The outcomes of Sprint and Mellon may signal the ability of future defendants to limit their exposure to treble damages and penalties. Practitioners should therefore monitor the decisions in Sprint and Mellon because they will undoubtedly have an impact on the future course of NY FCA litigation.

The 2010 amendments have unquestionably increased the exposure of businesses to FCA liability and expanded the protections offered to whistleblowers. With Schneiderman already demonstrating his willingness to pursue actions aggressively under the act he has touted as the "False Claims Act on Steroids," it is therefore imperative that practitioners take steps to understand the potential issues they may face when litigating such actions. 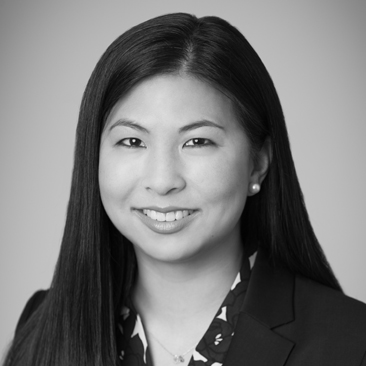 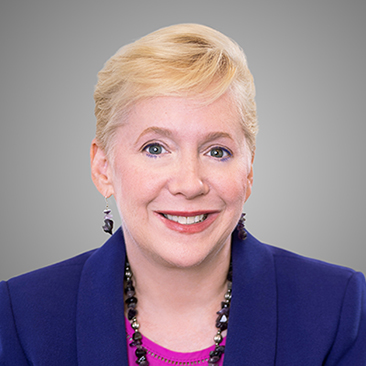