Following the U.S. Supreme Court's landmark decision in Wal-Mart Stores v. Dukes, —U.S. —, 131 S. Ct. 2541 (2011), courts and commentators have widely acknowledged that Dukes established a higher threshold for satisfying the commonality standard for class certification under Rule 23 of the Federal Rules of Civil Procedure.  However, relatively few courts have examined the way in which Dukes requires courts to analyze commonality in an employment discrimination class action pertaining to a single facility where the employer delegates broad discretion to multiple managers to make the decisions that plaintiff challenges.

In this month's column, we discuss Dukes' recent application in Brown v. Nucor Corp., 785 F.3d 895 (4th Cir. 2015), a case involving a single facility and dozens of managers, in contrast to the nationwide claims and thousands of managers at issue in Dukes. In Brown, a divided panel of the U.S. Court of Appeals for the Fourth Circuit claimed to apply the standards enunciated in Dukes, but nevertheless certified a multi-decision-maker class action based not on a finding that all managers applied a common method of decision-making, but largely based on its view of plaintiffs' proffered statistics and anecdotal evidence.

We explain why the Fourth Circuit appears to have incorrectly applied Dukes by failing to appreciate the Supreme Court's focus on the state of mind of those managers alleged to have engaged in discriminatory decision-making. We conclude by recommending strategies that employers might consider in litigating the commonality issue and for avoiding the types of discrimination claims asserted in Brown.

In Dukes, female employees of a retail store chain brought a Title VII class action against their employer, alleging sex discrimination in pay and promotions. In reversing the Ninth Circuit's certification of the pay and promotions claims for class-wide adjudication, the Supreme Court observed that in resolving an individual's Title VII claim for intentional discrimination, i.e., "disparate treatment," the crux of the inquiry is "the reason for a particular employment decision." Dukes, 131 S.Ct. at 2552.  The court noted that this focus does not change simply because a plaintiff brings a discrimination claim as a class action rather than on an individual basis. Rather, a class action plaintiff bears the additional burden of showing some "glue" holding the alleged reasons for those decisions together, such that "examining all the class members' claims for relief will produce a common answer to the crucial question [of the reasons for] why I was disfavored." Id.

The court explained that where the only uniform policy plaintiffs establish is a "policy" of allowing discretion to local managers, plaintiffs cannot rely on this policy, along with evidence of stray instances of discriminatory decision-making, to generalize about the motivations of all other decision-makers. See id. at 2554. For a company that systemically delegates discretion to local managers to make particular employment decisions, the court will assume, without contrary evidence, that "most managers…would select sex-neutral, performance-based criteria for [the challenged decisions]." Id.

As such, "demonstrating the invalidity of one manager's use of discretion will do nothing to demonstrate the invalidity of another's." Id. Plaintiffs must instead "identif[y] a common mode of exercising discretion that pervades the entire company," such as evidence that managers exercised their discretion "in a common way [with] some common direction." Id. at 2555. Without presenting evidence of substantial uniformity as to the decision-makers' motivations, plaintiffs will fail to produce "significant proof" that the employer "operated under a general policy of discrimination" that a finding of commonality requires. See id. at 2554.

Brown illustrates how at least one court has misconstrued Dukes by viewing it as a case that hinged largely on the size and scope of the class, rather than a case that clarified why plaintiffs must show commonality through "a common mode of exercising discretion that pervades the entire company." Id. at 2554-55. In Brown, current and former African-American employees of a steel manufacturer filed a putative class action alleging a racially hostile work environment and race discrimination in promotions on behalf of approximately 100 class members. The steel plant where plaintiffs worked spanned 8,000 acres, multiple buildings, and six departments.

The employer had a policy applicable throughout the plant which prohibited race discrimination. While the employer allowed employees to bid for plant-wide job vacancies, each department operated as an independent business, and multiple managers used distinct promotion practices and exercised subjective discretion to varying degrees. Plaintiffs claimed that the employer "subjectivized" promotions such that decision-makers were not required to follow any set policy or criteria, and thus permitted racial bias to affect promotions.

The district court originally denied plaintiffs' motion for class certification for failure to satisfy the commonality standard. The Fourth Circuit reversed on appeal after concluding that plaintiffs had satisfied the commonality and predominance requirements, and remanded with instructions to certify both the promotions and hostile environment classes. On remand, the district court initially certified both classes, but subsequently decertified the promotions class in the wake of Dukes.

Plaintiffs again appealed to the Fourth Circuit, which held that the district court erred in refusing to certify the promotions class in light of plaintiffs' statistical and anecdotal evidence, as well as "significant evidence that those promotions decisions were made in the context of a racially hostile work environment." Brown, 785 F.3d at 898.

The Fourth Circuit offered several reasons why Dukes was distinguishable from Brown, but appears to have misapprehended Dukes in several fundamental ways. For instance, the Fourth Circuit asserted that "nothing in…[Dukes] suggests that single, localized operations must be analytically dissected into component departments." Id. at 911. However, Dukes expressly held that where an employer delegates discretion to multiple decision-makers, plaintiffs must demonstrate commonality by showing that the decision-makers share a common mode of exercising discretion. As Brown's dissent observed, plaintiffs' own expert found that each department followed its own procedures, and that different supervisors used different promotion criteria with "little consistency." Id. at 945. Thus, under Dukes, plaintiffs' own evidence suggested that the single plant in Brown must be analytically dissected into component departments, if not component decision-makers.

The Fourth Circuit also assumed that "a more centralized, circumscribed environment generally increases the uniformity of shared injuries, the consistency with which managerial discretion is exercised, and the likelihood that one manager's promotion decisions will impact employees in other departments." Id. at 910. However, nothing in Dukes suggested that plaintiffs may demonstrate commonality based on mere "increased probability" that the decision-makers exercised their discretion in a common way. To the contrary, the Supreme Court concluded that it can "safely disregard" testimony of a "strong corporate culture" that makes an employer "vulnerable" to gender bias where the testifying expert could not determine with specificity how regularly stereotypes played a meaningful role in employment decisions. Dukes, 131 S.Ct. at 2553-54.

In assessing statistical evidence, the Fourth Circuit noted that Dukes "discounted the plaintiffs' statistical analysis in large part because [plaintiffs] failed to show discrimination on a store-by-store basis." Brown, 785 F.3d at 909. However, Dukes actually stated that "[i]nformation about disparities at the regional and national level does not establish the existence of disparities at individual stores, let alone raise the inference that a company-wide policy of discrimination is implemented by discretionary decisions at the store and district level." Dukes, 131 S.Ct. at 2555. In other words, statistics are insufficient to support commonality where they fail to demonstrate discrimination by those alleged to have made the discriminatory decisions.

Because the relevant decision-making occurred at the department or supervisor level in Brown, the court should have required plaintiffs to demonstrate that disparities persisted at the department level. Yet, as Brown's dissent noted, the employer presented evidence that some departments experienced significantly smaller racial disparities, undermining any inference of inter-departmental uniformity and commonality. Brown, 785 F.3d at 945.

Regarding anecdotal evidence, the Fourth Circuit concluded that because plaintiffs in Brown presented a greater number of anecdotes per class member relative to the plaintiffs in Dukes, and such anecdotes pertained to multiple departments, these anecdotes were sufficiently probative to support a finding of plant-wide commonality. See id. at 912-13. However, the court in Dukes explained that because "[m]ore than half of [plaintiffs'] reports [were] concentrated in only six States," the anecdotes would fail to demonstrate that the entire company operates under a general policy of discrimination even if all anecdotes were true. Dukes, 131 S.Ct. at 2556.

An analogous criticism applies in Brown. Brown's dissent pointed out that over half of plaintiffs' declarations originated from employees in one department, the Beam Mill, and plaintiffs "at best present a few scattered anecdotes" outside the Beam Mill. Brown, 785 F.3d at 953-54. While such anecdotes might help establish commonality for those who applied for promotions into and out of the Beam Mill, they do not support the plant-wide commonality that plaintiffs sought to demonstrate.

Yet, as Brown's dissent observed, the court in Dukes rejected that company "culture" is sufficient to establish a class-wide policy of discrimination, at least without further evidence as to how regularly that culture meaningfully impacted the challenged employment decisions. Id. at 955. See also Gen. Tel. Co. of the Sw. v. Falcon, 457 U.S. 147 (1982) ("an employee complaining of one employment practice" may not automatically "represent another complaining of another practice").

In light of Brown, employers who delegate discretion for various employment decisions to multiple supervisors may want to consider several strategies when faced with a disparate treatment class action. First, employers should cite to Dukes' key finding that courts may presume that most managers would select non-biased, performance-based criteria for their employment decisions, such that demonstrating the invalidity of one manager's use of discretion will do nothing to demonstrate the invalidity of another's.

Employers who wish to avoid rulings by courts that may follow Brown also may consider the following prophylactic measures:

These measures will place the employer in a better position to defeat or narrow proposed classes, or, even better, to preempt class litigation before it arises.

Reprinted with permission from the August 13, 2015 edition of the New York Law Journal © 2015 ALM Media Properties, LLC. Further duplication without permission is prohibited. All rights reserved. 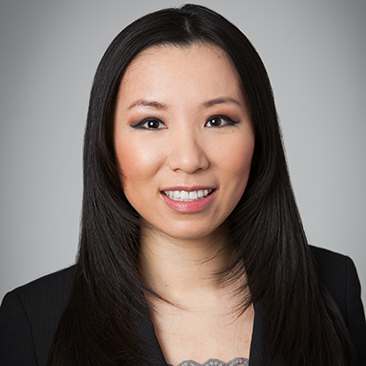