The GM Ignition Switch MDL arose from the recall in February 2014 by General Motors LLC (“New GM”) of vehicles manufactured with a defective ignition switch that could move too easily from the “run” position to the “accessory” and “off” positions. Plaintiffs in the MDL seek recovery on behalf of broad putative class of GM car owners and lessors whose vehicles were subject to recalls for the ignition switch issue as well as other defects. Plaintiffs argue that they have been harmed by, among other things, a drop in their vehicles’ value due to these defects. Id. at *171-72.

The court first examined whether plaintiffs could pursue economic loss claims for non-manifested defects under state consumer protection statutes; common law fraudulent concealment claims; and implied warranty claims. For all of the jurisdictions in dispute, the court held that manifestation is not required to bring claims under any of these three theories of liability. Id. at *175. Although in one of its prior opinions, the court had suggested that a manifestation requirement represents the “majority view,” it boldly backtracked from that position based on its “comprehensive analysis of the law of the remaining states.” Id at *178.

In examining the various states’ consumer statutes, the court further categorized the still-disputed jurisdictions into (a) states with “broad remedial statutes” [1] and (b) states in which the consumer protection statute limits recovery to “actual damages.”[2] The court noted that it would not impose a manifestation requirement absent state law to the contrary. It also observed that courts imposing a manifestation requirement have often done so as a proxy for proof of actual defect. While acknowledging that manifestation may be helpful in proving the presence of a defect, the court reasoned that “it does not follow that recovery for economic loss should turn on whether the defect also caused property or personal damage.” Id. at *179.  With regard to “actual damages” jurisdictions, the court held that that term should, at least as a default, be treated as inclusively as “compensatory damages”: “In the absence of authority suggesting either that the phrase ‘actual damages’ should be read to have a narrower meaning than ‘compensatory damages’ or that manifestation is required, the Court will not impose a manifestation requirement based solely on the term “actual damages.’” Id. at *200.

The court was guided by its conclusion in prior opinions that a plaintiff need not plead manifestation to state a fraudulent concealment claim in a state where “benefit-of-the-bargain” damages (i.e., the difference between the value of the property plaintiff received and the value that the property would have had if the false representation had been true) are available for fraud and there is no case law imposing a manifest defect requirement. Therefore, in eighteen states,[3] the court’s analysis was as simple as citing authority providing that benefit-of-the-bargain damages are available for common-law fraud claims. Id. at *221. In the remaining five states, [4] where clear “benefit-of-the bargain” authority was lacking, the court performed a more detailed analysis but reached the same conclusion: that manifestation is not a required element of a fraudulent concealment claim. For instance, both Minnesota and Oregon have adopted an “out-of-pocket” rule, under which a plaintiff may recover the difference between the actual value of the property received and the price paid for the property, which differs slightly from the benefit-of-the-bargain rule. The court found that the distinction between those two rules did not matter to the manifestation inquiry, however, “because, either way, the plaintiff may recover for a difference in value between what was purchased and what was received.” Id. at *227, 233.

The court again leaned heavily on its prior opinions finding that the Uniform Commercial Code expressly provides that a claim for breach of an implied warranty accrues when the breach occurs, regardless of the aggrieved party’s knowledge of the breach, and that there is no requirement that plaintiffs demonstrate any injury to their person or property as a result of the breach, but only that they purchased an unmerchantable product. Id. at *235. In addition, the UCC provides for benefit-of-the-bargain damages, which, as with its fraudulent concealment analysis, the court took as compelling evidence that manifestation is not required for implied warranty claims. Id. at *236. Therefore, for most of the sixteen states in dispute, [5] the court’s analysis consisted of citing authority indicating that the relevant UCC provisions apply in that jurisdiction. For the remaining few states, [6] the court performed a more detailed analysis but likewise rejected all of New GM’s arguments in favor of applying a manifestation requirement.

The court next took on the arduous task of determining whether plaintiffs could recover for “loss of time” damages under the laws of forty-seven different states. New GM conceded that in nearly every state, plaintiffs may recover for “lost time” understood as lost earnings or income. Id. at *245. However, plaintiffs sought recovery more broadly for not only lost earnings or income, but also lost free or personal time, for example, time plaintiffs spent repairing their vehicles rather than engaging in “another desired activity.” Id. at *246. The court noted the policy arguments against compensating for lost personal time (e.g., inviting limitless litigation and prioritizing less-worthy claims) and found that, “as a matter of law, the overwhelming majority of states adhere to the view that lost-time damages are the equivalent of lost earnings or income.” Id. at *246. The court further concluded that this “narrow construction of lost time” applies across damages in all substantive areas, including in the contexts of statutory consumer protection, common-law fraud, and implied warranty claims. Id. at *250.

Based on the court’s analysis, six of the forty-seven states in dispute do not strictly limit lost-time damages to lost earnings or income. Id. at *280-81. Specifically, in Colorado, New York, Ohio, Utah, and Virginia, authority exists supporting the availability of damages for lost free time under the respective state’s consumer protection statutes (but not under common law fraud or implied warranty theories). In Oklahoma, which the court characterized as the “most permissive” jurisdiction, plaintiffs may recover lost personal time for all claims. Even there, the court found the analysis to be a “close call,” but ultimately determined that “[b]y pairing ‘loss of time’ with damages for ‘inconvenience, travel, and telephone expenses, and ruined food,’ and making no mention of lost wages or earnings, [] decisions [by Oklahoma courts] suggest that Oklahoma Plaintiffs may recover for lost free or personal time.” Id. at *289.

Finally, the court addressed whether the plaintiffs could bring claims for unjust enrichment under the laws of the ten states still in dispute. It concluded that in nine of those states[9] (all but Connecticut), a plaintiff may only plead unjust enrichment in the alternative where the validity or enforceability of a contract is in question. Id. at *294. Further, in seven of the ten states (all but Connecticut, New Hampshire, and Rhode Island), the court concluded that a plaintiff may not maintain an unjust enrichment claim if he or she has an adequate remedy at law. Id.

Assuming it had the stamina to digest the court’s mega-analysis, new GM walked away from this opinion with a mixed bag in terms of the number and scope of economic loss claims the plaintiffs may proceed with. Topping the list of obvious disappointments is the court’s liberal ruling on manifest defect. Allowing every plaintiff in the 27 disputed jurisdictions to seek economic loss damages for depreciation in vehicle value without having to allege personal injury or property damage could significantly broaden the scope of potential recovery. Nevertheless, the court’s opinion is perhaps even more striking in form than substance. The MDL court seized the opportunity to review the current state of the law on multiple questions across much of the country. Certain of these questions, such as whether unjust enrichment may be plead alongside contract-based claims, arise frequently in litigation. It will be interesting to see whether this opinion is turned to and cited frequently by parties and courts examining similar questions. At minimum, attorneys tasked with researching the same issues may be thanking the court for doing some heavy lifting, thus creating a one-stop shop for a plethora of authority. 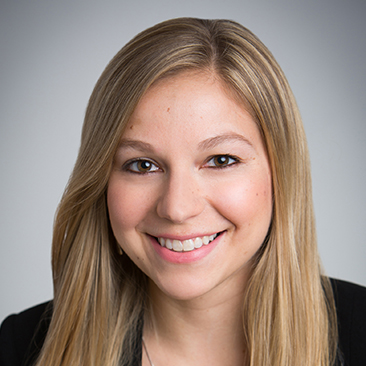 How Companies Are Dealing with Tech-Related Complaints

Court Denies Class Cert, But With Plenty of Dicta

Hoverboard Suit Goes Up In Flames