Employers accused of wrongdoing by their employees often conduct internal investigations and turn to outside counsel for advice about those investigations. When employers communicate with outside counsel in seeking advice regarding their internal investigations, quite understandably, they would like the certainty that those communications will be viewed just as any other attorney-client communication—as confidential and shielded from disclosure in litigation based on the attorney-client and work-product privileges. A recent case, however, suggests that under certain circumstances, at least some courts will view employers' assertions of privilege with skepticism, and place unexpected limits on their claims of privilege.

Whether a court will sustain employers' assertions of the attorney-client privilege over communications with counsel during a workplace investigation depends, in part, on how the court will address one critical issue. A court must decide whether each communication constitutes a request for or the delivery of legal advice, or whether the communication concerns discussions regarding day-to-day activities conducted in the ordinary course of business.

In Koumoulis v. Independent Financial Marketing Group, 295 F.R.D. 28 (E.D.N.Y. Nov. 1, 2013), aff'd in part, 29 F.Supp.3d 142 (E.D.N.Y. Jan. 21, 2014), the court addressed this critical issue in the context of an employer's investigation of allegations of discrimination and reached an alarming result. In the circumstances presented, the court held that communications between outside counsel and human resources personnel were not protected by the attorney-client privilege because "their predominant purpose was to provide human resources and thus business advice, not legal advice."1 Id. at 45. As a result, the court ordered production of documents the employer had withheld as privileged, and the deposition of the employer's outside counsel regarding those ostensibly non-privileged communications.

In this article, we analyze Koumoulis and explore the fine line the court drew between business and legal advice. We also contrast the decision in In re Kellogg Brown & Root, 756 F.3d 754 (D.C. Cir. 2014), where the U.S. Court of Appeals for the D.C. Circuit adopted a standard more favorable to the assertion of privilege during internal investigations. We then recommend steps employers should take to increase the likelihood that a court will uphold their assertions of privilege over communications with counsel during internal investigations.

The attorney-client privilege is the "oldest of the privileges for confidential communications known to the common law"2 and its purpose is "to encourage clients to make full disclosure to their attorneys."3 The attorney-client privilege protects communications between attorneys and their clients from disclosure in litigation, and extends to agents of both.

Koumoulis illustrates how a court can find that communications by company employees with counsel during an internal workplace investigation constitute the delivery of business advice rather than legal advice, and thus preclude protection by the attorney-client privilege. Plaintiffs were former and current employees of a company in the business of providing investment products to financial institutions. Plaintiffs alleged that certain supervisors made derogatory comments about their Greek ancestry and religious affiliation, and constructively discharged or wrongfully terminated three of the plaintiffs. Plaintiffs claimed that defendants discriminated against them because of their religion, national origin, and race; subjected plaintiffs to a hostile work environment; and retaliated against plaintiffs for bringing their complaints.

Plaintiffs moved to compel the production of documents that defendants withheld on the basis of the attorney-client privilege. The withheld documents concerned one plaintiff's internal complaints and the subsequent investigation by the company's human resources managers into those complaints. Defendants described the withheld communications as relating to Equal Employment Opportunity Commission charges and the present litigation, plaintiff's performance issues, and emails between outside counsel and human resources concerning how to conduct the investigation. 295 F.R.D. at 34. Defendants asserted that outside attorneys did not conduct interviews or make any business decisions as part of the investigation.

The court acknowledged the difficulty of its decision in light of the overlapping nature of legal and human resources advice. The court recognized that human resources programs seek to "ensure compliance with the myriad of laws regulating employer-employee relations, such as…wage-and-hour laws, benefits laws and health-and-safety laws." Id. Despite the fact that these subjects involved compliance with law, the court still found the advice business-related because "like other business activities with a regulatory flavor, [human resources work] is part of the day-to-day operation of a business." Id. According to the court, "just as an employment lawyer's legal advice may well account for business concerns, a human resources employee's business advice may well include a consideration of the law." Id.

In articulating its decision, the court noted that counsel's advice rarely involved interpreting and applying legal principles. Upon review, District Judge Pamela Chen reaffirmed Judge Scanlon's opinion. She wrote that the overwhelming majority of the communications discussed how human resources should conduct the investigation and how they should respond to plaintiff. Accordingly, the district court labeled outside counsel's advice as "plainly…not legal advice, but rather human resources advice on personnel management and customer relations." Koumoulis v. Independent Financial Marketing Group, 29 F.Supp.3d 142, 148 (E.D.N.Y. Jan. 21, 2014).

Koumoulis hinged upon finding that the advice outside counsel provided was predominantly business advice even though the subject of the advice included compliance with employment laws. Just months after the Koumoulis decision, in In re Kellogg Brown & Root, 756 F.3d 754 (D.C. Cir. 2014), the D.C. Circuit set forth a standard for resolving privilege disputes in a non-employment case concerning communications that have both legal and business purposes. In Kellogg, a relator filed suit against government contractors under the False Claims Act and alleged that the contractors schemed to defraud the United States. United State ex rel. Barko v. Halliburton Company, 37 F.Supp.3d 1, 1 (D.C. Cir. March 6, 2014). Defendants' legal department directed an investigation of the alleged misconduct. Plaintiff moved to compel the production of documents related to the investigation, and defendants refused to comply on the grounds that the documents were privileged.

The D.C. Circuit emphasized that courts should not draw "a rigid distinction" between a legal purpose and a business purpose, in part because that "can be an inherently impossible task" where a communication is motivated by more than one purpose. Id. Rather, the court articulated its standard in the form of a single question: "Was obtaining or providing legal advice a primary purpose of the communication, meaning one of the significant purposes of the communication?" Id. at 760. Where the answer to that question is a "yes," the attorney-client privilege applies.

Employers also should keep in mind that if they will later seek to rely on the sufficiency of the investigation as a defense to plaintiff's claims in litigation, communications with the investigator regarding the investigation could be considered non-privileged. Accordingly, investigators should keep factual information separate from communications and documentation containing legal advice in order to increase the likelihood that a court will deem those latter documents protected by the attorney-client privilege.

At the outset, employers should consider designing their investigations to define clearly the scope and responsibilities of the participants in the investigation. Specifically, employers should identify and insulate those who will investigate the facts from those who will make employment decisions based on those facts. With such clearly defined and separate roles, a court deciding whether communications with counsel are privileged will be able to distinguish between communications regarding the fact-finding process from communications regarding the decision-maker's assessment of the facts.

As the Koumoulis court held, counsel's communications with the business people investigating the facts of a discrimination claim may not be privileged where the employer relies on the investigation as an affirmative defense in subsequent litigation. If the employer has concern about whether it may be waiving privilege over the lawyer's communications with the person charged with investigating the facts, the employer may consider the possibility of hiring a law firm to counsel the investigator that is different from the law firm that counsels the decision-maker. By separating the roles of the lawyer counseling the investigator from the lawyer counseling the decision-maker the employer will be in a better position to demonstrate in a litigation that counsel's communications with the decision-maker about the assessment of the facts, the ultimate employment decision and/or litigation strategy are not waived because the lawyer in that situation will not have participated in the factual investigation.

1. The court also held that the employer waived any attorney-client or work-product privilege that attached to communications with outside counsel by asserting an affirmative defense that relied upon the sufficiency of the investigation. We do not address the waiver issue in this article.

Reprinted with permission from the April 6, 2015 edition of the New York Law Journal © 2015 ALM Media Properties, LLC. Further duplication without permission is prohibited. All rights reserved. 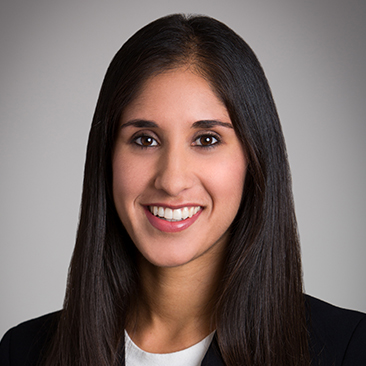