Companies frequently contract out specific services needed for their businesses in order to improve efficiency or to reduce costs associated with directly employing individual workers.  Use of third parties to contract for services such as transportation, food services, cleaning or photocopying has become ubiquitous in today’s economy.  Staffing companies in particular, have created business based on such contracting arrangements to take on the responsibility for compensating workers performing services for the business, reporting to taxing authorities, and providing health benefits to the workers.

Although companies using contractors undoubtedly have sound business reasons for using such arrangements, such conduct also can unwittingly create legal risks under the Fair Labor Standards Act (“FLSA”).  Specifically, under the FLSA, courts and administrative agencies have developed the so-called “joint employer” theory, which provides that two ostensibly separate companies may be treated as “joint employers” of the same workers, and thereby share responsibility for each company’s wage and hour law violations.

Historically, whether or not a company would be deemed a joint employer under the FLSA depended upon jurisdiction specific multi-factor tests for which there were few bright line rules.  However, on January 12 2020, the United States Department of Labor (“DOL”) issued a final rule (effective March 16, 2020) to clarify the joint employer test for businesses (the “Final Rule”).  In doing so, the DOL sought to reduce the risk of joint employment liability for businesses.

The Final Rule updates and revises the DOL’s prior articulation of the joint employment standard, which is codified in 29 C.F.R. § 791.2.  The DOL’s changes to the rule are the first meaningful revisions to the regulation in more than 60 years.  According to the DOL, the purpose of the new rule is “to promote certainty for employer and employees, reduce litigation, promote greater uniformity among court decisions and encourage innovation in the economy.”  See Joint Employer Status Under the Fair Labor Standards Act, 85 FR 2820 (Jan. 16, 2020).  Business advocates have applauded the rule as a welcome policy that provides certainty for employers, while worker-side groups have criticized the rule as making employees vulnerable to abuses by employers.

In 2016, the DOL, under the Obama administration, issued an Administrative Interpretation regarding joint employment under the FLSA regulation (the “2016 AI”).  The 2016 AI focused on the potential employee’s “economic dependence” on the “potential joint employer” as the critical inquiry.  See Administrator’s Interpretation No. 2016-1 (Jan. 20, 2016).  The 2016 AI moved away from the common law test that focused on whether the level of control the potential employer had over the employee and heavily favored a finding of joint employer status in many situations.

However, even in the aftermath of the 2016 AI, companies nonetheless were required to wade through an amalgam of judicial interpretations to determine if a joint employer relationship existed.  For example, in the Second Circuit potential joint employers were subject to a ten-factor test.  Zheng v. Liberty Apparel Co., Inc., 355 F.3d 61, 71 (2d Cir. 2003).  In the Ninth Circuit, courts used a four-factor test, which the DOL ultimately adopted in the Final Rule.  Bonnette v. California Health & Welfare Agency, 84 FR 14043 (Apr. 9, 2019).  By contrast, a 2017 decision by the Fourth Circuit Court of Appeals articulated an entirely different test that criticized the joint employment tests of other circuits because those circuits focused on the relationship between the worker and the potential joint employer, while the Fourth Circuit believed the focus should instead be on the relationship between the alleged joint employers.  Salinas v. Commercial Interiors, Inc., 848 F.3d 125 (4th Cir. 2017).

The existence of so many multi-factor tests created uncertainty for companies, particularly those that conduct business in multiple jurisdictions.  The Final Rule seeks to resolve this uncertainty by providing a uniform test for determining joint employer status.

The Final Rule discusses two joint employer scenarios:  (1) where an employee’s hours worked for one employer simultaneously benefits another employer; and (2) where the employee works separate sets of hours for different employers in the same workweek.

An example of scenario one is a situation in which an office park hires a janitorial service company for cleaning services.  Under the contract, the office park pays the janitorial services a fixed fee for the serves and reserves the right to supervise the janitorial employees.  See Joint Employer Status Under the Fair Labor Standards Act, 85 FR 2820 (Jan. 16, 2020).  An example of the second scenario would be a cook who might work several hours a week for one restaurant, and also works additional hours in the same week at a different restaurant where both restaurants are affiliated with the same nationwide franchise.  Id.  However, the restaurants different franchisees locally own and manage each restaurant and do not coordinate with each other regarding the employee.  Id.

In applying these factors to the first scenario noted above, where an office park hires a janitorial service, under the Final Rule the office park would not be a joint employer.  Even though the office park retained the right to supervise the employee, it does not actually hire or fire the employees, determine their rate or method of payment, or exercise control over their conditions of employment.  Id.

With respect to the second scenario, where the employee works separate sets of hours for different employers in the same workweek, the DOL did not make changes to the existing standard under the prior regulation.  Under this standard, so long as the potential joint employers are acting “entirely independently of each other” and are “completely dissociated” with respect to workers there is no joint employment relationship.  In order to find that two entities are sufficiently associated with each other regarding an employee, the regulation analyzes whether: (1) there is an agreement to share the employee’s services; (2) one entity is acting directly or indirectly in the interest of the other; or (3) the employers share direct or indirect control over the worker because one entity controls, is controlled by, or is under common control with the other.  Id.

Applying these factors to the second scenario noted above, where a cook works for two separate but affiliated restaurants in the same week, the restaurants would not be joint employers under the Final Rule.  Id.  The cook does similar work at both restaurants and the restaurants are part of the same nationwide franchise.  Id.  However, those facts alone do not bear on whether the restaurants are acting directly or indirectly in each other’s interest in relation to the cook.  Id.

The Final Rule likely will benefit a variety of companies particularly those that enter into franchise agreements, use subcontractors or engage with staffing agencies to provide temporary workers.  However, employers who enter into these types of business arrangements should use caution before relying exclusively on the Final Rule.

While federal courts must defer to the DOL’s regulations under the FLSA, the level of deference depends on whether the regulations are “legislative” or “interpretive.”  Legislative rules carry the force of law, while interpretive rules are merely persuasive.  See, e.g., Perez v. Mortg. Bankers Ass’n, 575 U.S. 92, 97 (2015) (noting that interpretive rules “do not have the force and effect of law and are not accorded that weight in the adjudicatory process”).  The DOL itself refers to the Final Rule as interpretive, which may signal to courts that they have discretion over the amount of deference given to the rule, if any.  See Joint Employer Status Under the Fair Labor Standards Act, 85 FR 2820 (Jan. 16, 2020).

Employers should review their contractor arrangements that could result in a joint employment finding with outside employment counsel to ensure  compliance with law.  In particular, when employers have operations in multiple jurisdictions that impose different judicially created multi-factor joint employment tests they should consider reviewing such arrangements. 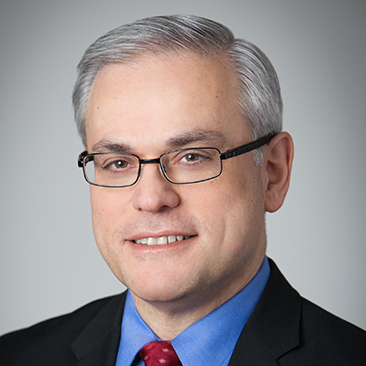 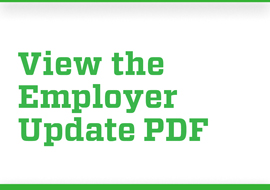