On December 12th, the Supreme Court granted certiorari in a dispute that asks the Court to consider whether to overturn the widely criticized, 50-year old Brulotte rule restricting post-expiration patent royalty agreements.

The case, Kimble v. Marvel Enterprises, Inc., No. 13-720, involves a dispute over a royalty agreement that extended beyond the life of the assigned patent. The Court’s 1964 decision in Brulotte v. Thys Co., 379 U.S. 29 (1964) held license agreements that combine patent rights and non-patent, post-expiration rights to be per seunenforceable. In so holding, the Brulotte Court analogized such agreements to tying arrangements:

A patent empowers the owner to exact royalties as high as he can negotiate with the leverage of that monopoly. But to use that leverage to project those royalty payments beyond the life of the patent is analogous to an effort to enlarge the monopoly of the patent by tieing the sale or use of the patented article to the purchase or use of unpatented ones.

Kimble pointedly asks the Court to overturn the Brulotte rule. For support, Kimble points to declarations of Courts of Appeals, the Justice Department, the Federal Trade Commission, and academic and professional literature that call on the Supreme Court to overrule Brulotte. Petition for Writ of Certiorari, Kimble, No. 13-720 (Dec. 13, 2013) at 12-16. Substantively, Kimble argues that post-expiration royalties do not extend patent rights, that the Brulotte rule suppresses innovation by proscribing procompetitive licensing practices, and that the rule relies on the outdated irrebuttable presumption that patents confer market power. Id. at 16-35.

The Solicitor General advised against granting the writ. The Solicitor General argued that, though the Brulotte Court analogized post-expiration royalty agreements to tying arrangements, the Brulotte rule is not a rule of competition law for which courts have wide latitude to define. Rather, the Solicitor General argues that Brulotte is a rule of statutory interpretation, reflecting the Court’s interpretation of the Patent Act and the policies of the federal patent laws, which has repeatedly withstood congressional amendment. Brief for the United States as Amicus Curiae at 7-10, Kimble v. Marvel Enterprises, Inc., No. 13-720. Principles of stare decisis apply with “special force” to rules of statutory interpretation, such as Brulotte; to overturn the rule requires “special justification” and not just an argument that the precedent was wrongly decided. Id. at 8, 11. In response to the Solicitor General’s brief, Kimble argues that stare decisis does not bar review of a rule that touches on a question of constitutional interpretation, citing Article I, § 8 which authorizes Congress to secure for a time an inventor’s exclusive rights to her or his discoveries. Supplemental Brief for Petitioners at 8, Kimble v. Marvel Enterprises, Inc., No. 13-720. Further, Kimble asserts that, in any event, he has provided the “special justification” required to overturn a rule of statutory interpretation, namely Kimble’s contention that the rule results in harm to the American economy and supresses innovation. Id.

The Court granted cert on the question. This may mark the death knell of the Brulotte rule: as Kimble notes, “[o]ther competition law decisions from [the era that produced the Brulotte rule] have been updated by [the Court] in light of a keener awareness of economics and real world business circumstances, with rigid per se rules, unequal to the realities of the marketplace, supplanted with analysis under the rule of reason.” Petition for a Writ of Certiorari, Kimble v. Marvel Enterprises, Inc., No. 13-720 at 2. The Court’s potentially landmark decision in this case is likely to follow in 2015. 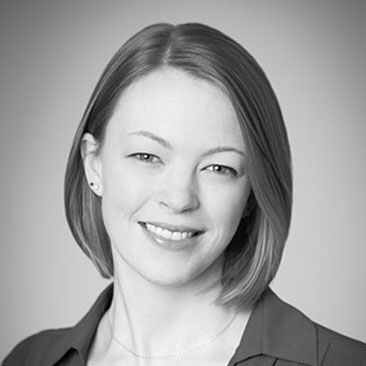