On April 18, 2013, the Federal Trade Commission (FTC) announced that it had entered into a consent agreement with Graco Inc. to settle charges that Graco’s acquisition of two rival firms violated Section 7 of the Clayton Act and Section 5 of the Federal Trade Commission Act.1 Graco’s acquisitions of Gusmer Corp. in 2005, and of GlasCraft, Inc. in 2008, were not reportable under Hart-Scott-Rodino (HSR).2 Nevertheless, the FTC initiated an investigation of the two acquisitions as well as alleged anticompetitive conduct by Graco that culminated in an FTC complaint alleging violations of the antitrust laws.3 Graco agreed to the entry of a consent order to settle the charges. Notably, because the two acquisitions were consummated several years ago and were followed by integration and/or discontinuation of the businesses, the consent order includes certain behavioral remedies, but not the structural relief typically found in FTC orders.4

In its complaint, the FTC alleged that Graco’s acquisitions of Gusmer and GlasCraft increased Graco’s market share to about 90% in North America, and that after these acquisitions, Graco adopted several anticompetitive business strategies that reduced other competitors’ and/or potential entrants’ access to third-party distributors.8 These strategies included “raising distributors’ discount and inventory thresholds, thereby reducing distributors’ ability to carry the products of new entrants, and threatening distributors with termination or other retaliation should they agree to carry the products of competing manufacturers.”9 The acquisitions and implementation of such strategies, the FTC alleged, severely hampered competitors or potential entrants from successfully competing in, expanding in, or entering the market because, following the two acquisitions, distributors so heavily relied on Graco for supply of fast-set equipment they felt compelled to agree to such terms encouraging exclusivity with and loyalty to Graco.10

Additionally, the FTC alleged that a lawsuit brought by Graco against a potential entrant further stifled competition in the relevant market.11 Graco’s lawsuit alleged trade-secret theft and other breach-of-contract violations against Garraf Maquinaria S.A. and Gama Machinery USA, Inc., (Gama), a company operated by former Gusmer owners and employees.12 While there is no indication that the FTC considered the lawsuit to be a “sham”, the FTC alleged that, as a result of Graco’s lawsuit, some distributors were prevented from purchasing Gama’s fast-set equipment due to uncertainty of the litigation’s outcome and how supply may be affected as a result.13

The FTC’s complaint alleged that, given the high barriers to entry already inherent in the market, Graco’s acquisitions of Gusmer and GlasCraft, coupled with the aforementioned business activities and the litigation against Gama, “substantially lessened competition and tended to create a monopoly in the relevant market in violation of Section 7 . . . and Section 5.”14 Specifically, the FTC alleged that Graco eliminated head-to-head competition with Gusmer and GlasCraft, and that the acquisitions resulted in higher concentration in the relevant market and allowed Graco to exercise market power unilaterally. As a result, the FTC alleged that prices had increased, and that product options and innovation had decreased.15

Because the acquisitions of Gusmer and GlasCraft were consummated so long ago and because Graco had integrated or discontinued the product lines it had acquired, the FTC found that a divestiture of assets was not a practicable remedy to alleviate the competitive effects resulting from the acquisitions.16 Instead, the consent order requires a number of behavioral remedies to restore the competition that existed prior to the acquisitions.17 Under the order, Graco must settle its litigation against Gama under terms dictated by the FTC within ten days of the entry of the order.18 The order requires Graco to grant Gama an irrevocable license to certain of Graco’s intellectual property and specifically prohibits Graco from further suing Gama for infringing the licensed intellectual property.19

The consent order also imposes other obligations on Graco, including:20

The consent order will remain in effect for ten years following its entry.21

While the FTC has a strong preference for structural remedies to restore competitive conditions to a market following an alleged anticompetitive acquisition, such remedies may not be available in every case. Such is the case here, where divestiture of the assets would not be practicable due to the time elapsed since the acquisitions were consummated, and given that the product lines were either fully integrated into Graco’s business or discontinued. As Commissioner Joshua D. Wright noted in his statement on the matter, the FTC must decide in such cases “which, if any, of the non-structural alternatives best improves consumer welfare.”22 In this case, the FTC determined that a number of behavioral remedies were appropriate, including required litigation settlement, mandatory licensing of certain intellectual property, and obligations and prohibitions related to certain business and strategic activities for the next ten years.23 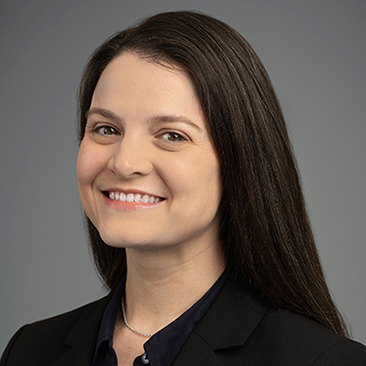