In past issues of the New York Law Journal, I wrote about how several decisions issued by the New York Court of Appeals in the past five years (most notably Koehler v. Bank of Bermuda, 12 N.Y.3d 533, in 2009, and Hotel 71 Mezz Lender v. Falor, 14 N.Y.3d 303, in 2010), have made New York an attractive forum for judgment creditors to execute on judgment debtors' assets held by others throughout the world. These decisions broadly construed the CPLR to permit New York courts to order the turnover of assets held by garnishees outside of the state so long as New York could assert personal jurisdiction over those garnishees.

While the Court of Appeals limited this expansion last year in Mariana Islands v. Canadian Imperial Bank of Commerce, 21 N.Y.3d 55 (2013) (by requiring that the precise entity over which New York exercises personal jurisdiction have actual possession of the assets), New York remains at the forefront of allowing post-judgment turnover of out-of-state assets.

This past March, the Florida District Court of Appeal for the Fourth District squarely rejected the approach taken by the New York Court of Appeals in Koehler, Hotel 71, and Mariana Islands, and held that the Florida courts lack the authority to compel the turnover of assets held outside of Florida. In particular, the court noted that such an approach had no basis in the Florida turnover statute, and was defective as a matter of public policy because it would exacerbate competing claims to foreign assets and render Florida's domestication of foreign judgment statutes moot.

Florida's rejection of the New York approach to extraterritorial turnover may have wide-ranging impacts, including a further solidification of New York as a haven for judgment creditors and additional attacks on New York's execution and attachment regime, including by citizens of Florida or where assets in Florida are at issue. There may also be challenges in other states and even potential for Supreme Court activity regarding the constitutionality of New York's regime.

The Florida court rejected the judgment creditor's argument and held that the Florida courts lack the authority to compel the turnover of assets held abroad, even if they can exercise in personam jurisdiction over the judgment debtors and had themselves issued the judgment. After distinguishing Koehler on its facts, the Florida court went on to state that, even if Koehler were on point, it would not apply because the Court of Appeals' decision "turned on a broad reading of the applicable New York statute and we decline to follow it here." Id. at *2.

While the court acknowledged that the Florida statute, like the New York statute, does not contain "any express territorial limitation on the court's ability to order a judgment debtor to transfer money or property into the State of Florida," id., the court was unwilling to read it broadly. In particular, the court was concerned, from a policy standpoint, "about the practical implications of permitting Florida trial courts to order judgment debtors to turn over assets located outside the state," because (a) there may be competing claims to foreign assets, and (b) allowing Florida courts to order judgment debtors to bring out-of-state property into Florida "would effectively eviscerate the domestication of foreign judgment statutes." Id.

Now that the division between Florida and New York law is clear regarding the extraterritorial reach of post-judgment turnover power, judgment creditors may try even harder to execute their judgments in New York courts. Correspondingly, judgment debtors who have contacts with or assets located in Florida may strive to have post-judgment proceedings adjudicated in Florida courts and to further attack New York's broad extraterritorial attachment and turnover regime by highlighting the differences with Florida law. Florida is already an attractive state for judgment debtors because of its "homestead" protections for individuals whose permanent and primary residence is in the state. See, e.g., Fla. Const. Art X, §4(a); id. Art. VII, §6. The new protections announced in Sargeant will only serve to make Florida an even more appealing destination for some.

Sargeant also raises the specter of a federal constitutional attack on New York's extraterritorial attachment/turnover regime. The Florida court, in its discussion of its policy concern about eviscerating domestication of foreign judgments statutes, refers to an underlying purpose of the Florida statutes of ensuring that foreign judgments receive full faith and credit in Florida. While this issue has not been raised with respect to Koehler, judgment debtors may employ similar reasoning to argue that Koehler violates the Full Faith and Credit Clause of the Constitution. U.S. Const. Art IV, §1.

The argument would be that Koehler does not extend full faith and credit to other states' judgments because it allows New York courts to circumvent usual domestication-of-judgment procedures and reach beyond New York's borders to order turnover of assets. Cf. Thomas v. Wash. Gas Light, 448 U.S. 261, 270 (1980) (under the Full Faith and Credit Clause, "a State is permitted to determine the extraterritorial effect of its judgment; but it may only do so indirectly by prescribing the effect of its judgments within the State").

However, Koehler does not purport to deny full faith and credit to other states' judgments, nor to dictate to other state courts how to handle assets within their jurisdictions, but rather to order judgment debtors and garnishees over whom New York already exercises personal jurisdiction to bring extraterritorial assets into New York.

In particular, Smith expressed "serious doubt" that the mere amenability of a judgment debtor to personal jurisdiction in New York, without any further contacts, "is enough contact under International Shoe to justify the enforcement of a non-New York judgment by a non-New York creditor against a non-New York debtor, to recover an asset that is located" outside of New York. Id.

Finally, Koehler may be challenged on general public-policy grounds—specifically, concerns of forum shopping and comity. As the Koehler dissent also noted, Koehler "opens a forum-shopping opportunity for any judgment creditor trying to reach an asset of any judgment debtor held by a bank (or any other garnishee) anywhere in the world." 12 N.Y.3d at 543. Likewise, the possibility of conflicting rulings and claims to jurisdiction over an asset between the court of the jurisdiction where the asset is located and the court enforcing the judgment may raise comity issues. For example, the very parties who successfully fought off turnover in Florida, or others in the future, may be able to come to New York, and under Koehler, if they are subject to personal jurisdiction in New York, be able to execute on foreign assets that they were unable to bring into Florida even though the underlying judgment was issued by a court in Florida with jurisdiction over the judgment debtors.2

The Future of 'Koehler'

Notwithstanding Florida's rejection of Koehler, developments within the last few months could affect Koehler's impact within New York law.

Progress of Proposed Legislation. In my last article, I discussed a June 10, 2013, New York Senate bill (S5734) that, if passed, would amend various sections of CPLR article 52 to reverse certain changes introduced by Koehler into the CPLR's turnover regime. The bill was referred to the Senate Judiciary Committee on Jan. 8, 2014, and remains under consideration.

Koehler, as qualified by Mariana Islands, is the law of the land in New York, making New York an attractive forum for judgment creditors. However, as the Florida court's decision in Sargeant demonstrates, New York's broad extraterritorial turnover and attachment regime is not copied in all other U.S. jurisdictions. Judgment creditors will no doubt take note of this split and seek to have post-judgment proceedings heard in New York, and to avoid those with weaker extraterritorial turnover rules like Florida. The emergence of a split in turnover law between New York and other states could also foreshadow possible constitutional attacks on New York's Koehler regime.

Yehudah L. Buchweitz is a partner at Weil, Gotshal & Manges. Josh Schlenger, a litigation associate at the firm, assisted in the preparation of this article.

3. The Second Circuit originally certified an additional question to the Court of Appeals, which was withdrawn. See Tire Eng'g, 22 N.Y.3d 1152 (2014).

Reprinted with permission from the June 17, 2014 edition of the New York Law Journal © 2014 ALM Media Properties, LLC. Further duplication without permission is prohibited. All rights reserved. 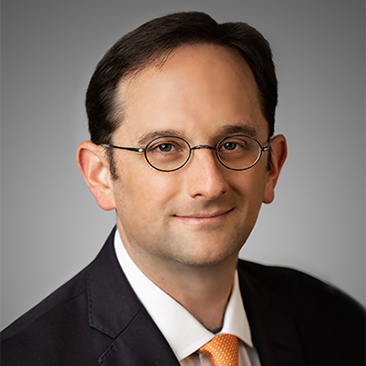