Last week, on the eve of trial, the Federal Trade Commission (“FTC”) reached a proposed settlement in its civil antitrust lawsuit against Cephalon, Inc. (“Cephalon”).  The FTC challenged Cephalon’s prior settlement of patent infringement litigation brought against generic drug makers seeking to enter the market with a copy of Cephalon’s blockbuster sleep-disorder drug Provigil.

The long-running antitrust case began in 2008 when the FTC sued Cephalon, arguing that there was no rational economic basis for Cephalon’s simultaneous settlement of its patent infringement case and entry into separate business transactions with the parties it was suing.  The agreements at issue were reached in 2005 and 2006 by Cephalon and the generic firms – Ranbaxy Pharmaceuticals, Mylan Pharmaceuticals, Barr Laboratories, and Teva Pharmaceutical Industries, Ltd., (“Teva”) (which did not acquire Cephalon until 2012) – and allegedly delayed entry of generic Provigil by over six years to April, 2012.1  Although the parties never explicitly stated that any payments from these other agreements were made in exchange for the Provigil patent infringement settlements, the FTC alleged these “side deals” were disguised payments.  These alleged payments took the form of a series of 12 commercial transactions, such as supply and co-promotion agreements, in which Cephalon paid the four generic firms over $300 million.2  The FTC challenged the settlements and “side deals” as “reverse payments,” promoting the unlawful maintenance of Cephalon’s monopoly over Provigil and resulting in higher consumer prices.

Under the FTC and Teva’s proposed deal, Teva will forfeit $1.2 billion – profits from Cephalon’s sale of Provigil during the time period when generic entry was allegedly delayed beyond the period of protection its patents could provide, unlawfully delayed – and be enjoined from entering into similar settlements of patent infringement lawsuits in the future.3  If the proposed settlement is approved, Teva will pay the disgorged $1.2 billion into a settlement fund, which will reimburse purchasers who allegedly overpaid for Provigil (e.g., pharmacies, drug wholesalers, and insurers).4  Damages will be offset to the extent that a purchaser (including state governments) already received compensation for Provigil overcharges in private litigation, preventing double recovery.5  Any remaining money, after offsets and disbursements, will be paid to the U.S. Treasury.6

Additionally, if the Court approves the deal, after a notice and public comment period,7 Teva will face new limits on its ability to enter into settlements between a branded drug maker and a generic drug maker.8  Specifically, Teva would be prohibited from agreeing to any settlements in which a drug maker pursuing an Abbreviated New Drug Application (“ANDA”) receives a payment in exchange for agreeing not to research, develop, manufacture, market, or sell the generic product that is the subject of the patent infringement litigation.9  Prohibited settlements include those agreements that are expressly contingent on compensation to the ANDA filer, or where compensation is paid to the ANDA filer within 30 days of the settlement.10  The injunction would go beyond Provigil, applying for 10 years to Teva’s entire U.S. product portfolio, including both branded and generic products.11

However, the contemplated injunction applies to only a subset of possible patent settlements; it does not apply to any agreements in which the generic drug maker is seeking approval via the § 505(b)(2) regulatory pathway.12  Section 505(b)(2) allows drug makers to bypass a portion of the testing requirements imposed by a traditional Section 505(b)(1) New Drug Application, without providing all the expedience of an ANDA filing.13  The FTC noted that, while § 505(b)(2) settlements could also cause similar anticompetitive harms, such agreements are simply outside the terms of the proposed settlement.14  For similar reasons, the FTC did not seek to prohibit exclusive license agreements, though it noted that agreements by a brand not to launch an authorized generic can raise anticompetitive concerns in some cases.

Additionally, Teva retains the ability to enter into ANDA settlements where no payment is made, or where payments do not raise antitrust concern (with the FTC specifically carving out the payment of reasonable saved litigation expenses, which in this case were $7 million).15  The proposed Teva/FTC settlement also provides a small safe harbor, allowing Teva to receive prior approval from the FTC for any patent settlement that Teva believes may violate the terms of the injunction.16

Notably, the proposed settlement would be the first resolution of an FTC “reverse-payment” settlement challenge in the aftermath of the Supreme Court’s 2013 decision in FTC v. Actavis.17  In Actavis, the Supreme Court concluded that “reverse-payment” settlements were not immune from antitrust challenge but, rather, were subject to scrutiny under the traditional “rule of reason” analysis, which focuses on the competitive effects of a business practice in a properly defined market.18  Here, in January, 2015, the district court applied the Actavis “rule of reason” framework when it denied Teva’s motion for Summary Judgment.  The district court concluded that there was a factual dispute as to whether, on balance, the challenged “reverse-payment” settlements were anticompetitive or not.19

The FTC Commissioners voted unanimously (5-0) to approve the proposed deal.  However, Commissioners Maureen K. Ohlhausen and Joshua D. Wright issued a separate statement, agreeing with the outcome, but objecting to the lack of guidance provided by the FTC on when companies are likely to be required to disgorge profits to the agency in the future.20  Commissioners Ohlhausen and Wright argue that disgorgement should be governed by the FTC’s policy statement on Monetary Equitable Remedies in Competition Cases that was withdrawn in 2012.21  That said, the two Commissioners agreed that Cephalon should have known that it was violating the antitrust laws when it entered into the “pay-for-delay” agreements at issue, noting that a court – in a Provigil case involving the patent used to sue the generics in this case – found that Cephalon also committed fraud before the U.S. Patent and Trademark Office.22

The dramatic relief obtained in this proposed settlement not only is likely to be perceived by the FTC as confirming the time and effort it has devoted to challenging “reverse-payment” settlements, but it likely will embolden the agency to continue to challenge ever more creative settlements of patent infringement litigation in the wake of the Actavis decision.  While the proposed settlement exempts some arrangements from future liability, such as settlements to avoid reasonable legal fees, there will be some uncertainty for drug makers going forward about what settlements are permissible, especially since the conduct challenged was not finally adjudicated by a court to be unlawful under the antitrust laws.  Additionally, the FTC’s insistence on disgorgement in this case amplifies the risks associated with any settlements by drug makers of patent infringement litigation. 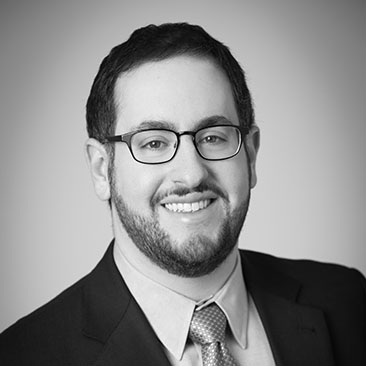