Yesterday, the United States Court of Appeals for the District of Columbia Circuit unanimously upheld Environmental Protection Agency (“EPA”) rules regulating the emission of greenhouse gasses (“GHGs”). The three-judge panel, hearing the appeal of Coalition for Responsible Regulation v. EPA, denied or dismissed challenges brought by various states and industry groups to the four rules that serve as the foundation for EPA efforts to regulate GHG emissions. Barring a rehearing by the full D.C. Circuit, Supreme Court intervention or Congressional action to strip EPA of its authority to regulate GHGs, all of which appears unlikely, this ruling clears the way for EPA regulation of GHG emissions.

At issue were EPA rules that, taken together, provide for the regulation of GHG emissions from mobile sources, such as trucks and automobiles, and certain large stationary sources, such as power plants and oil refineries. The rules, known colloquially as the “Endangerment Finding,” the “Tailpipe Rule,” the “Timing Rule,” and the “Tailoring Rule,” were issued by EPA in response to the Supreme Court’s ruling in Massachusetts v. EPA, 549 U.S. 497 (2007), which held that GHGs are an air pollutant subject to regulation under the Clean Air Act.

The Supreme Court’s holding in Massachusetts v. EPA compelled EPA to reach a determination as to whether GHGs may reasonably be anticipated to endanger public health or welfare. Having undertaken a review of the scientific evidence, EPA found that GHGs do in fact endanger public health and welfare. Having made this Endangerment Finding, EPA is mandated by the Clean Air Act to regulated GHGs. The petitioners, in challenging the Endangerment Finding, argued that there was insufficient scientific evidence to support EPA’s conclusion, but the Court found that the Endangerment Findings was supported by the administrative record and that EPA was entitled to deference in interpreting the available science.

Having concluded that the Clean Air Act authorizes EPA to regulate GHGs from stationary sources, the Court turned to Petitioners’ challenges to the Tailoring and Timing Rules. The Tailoring Rule provides that only the largest emitters of GHGs – generally only those sources with the capability to emit more than 100,000 tons per year of GHGs – are subject to regulation under the Clean Air Act. The Timing Rule phases in these regulations, providing emitters time to better understand and meet their compliance obligations.

The issue, raised by the petitioners, is that regulation of emissions under the Clean Air Act can be triggered when a source emits more than 100 tons per year of a regulated pollutant, not 100,000 tons, and the Act does not provide for any type of grace period. Petitioners argued that EPA did not have the authority to raise the thresholds for regulation set forth in the Clean Air Act, nor did it have the authority to delay implementation of GHG regulations. Petitioners raised compelling legal arguments, and many observers believed that the Court would find that EPA exceeded its statutory authority when it issued the Tailoring Rule. The Court, however, did not rule on the merits of the Timing or Tailoring Rules, but instead found that Petitioners lacked standing to challenge these rules. In its decision, the Court stated that petitioners failed to demonstrate how either the Timing or Tailoring Rule had caused them any injury. In fact, the Court held, without the Timing and Tailoring Rules, the burden to industry would be demonstrably greater. Having ruled that the Petitioners lacked standing to challenge the Timing and Tailoring Rules, the Court did not reach a decision on whether EPA had the authority to in effect ignore the regulatory thresholds set forth in the Clean Air Act.

In light of the DC Circuit’s ruling, it appears that EPA regulation of GHG emissions is all but certain. While petitioners could seek a rehearing by the entire DC Circuit, it is not likely that such a request would be granted, given the unanimous decision and the fact that the judges serving on the panel were appointed by both Republican and Democratic presidents and represent both ends of the ideological spectrum. Supreme Court review is also a possibility; however, given that the EPA rules were promulgated in response to the Supreme Court’s Massachusetts v. EPA decision, and that the DC Circuit based its decision in this case in large part on the Supreme Court’s interpretation of the Clean Air Act as set forth in that case, this also appears unlikely. That said, there are many in Congress who are seeking to limit EPA’s ability to regulate GHGs, either by enacting legislation that would strip EPA of its authority to regulate GHGs under the Clean Air Act or by denying EPA the funds to implement GHG regulatory programs. Absent Congressional action, which also appears unlikely given current Democratic control of the Senate and legislative paralysis brought about by election-year politics, large sources of GHG emissions will need to comply with EPA’s regulations. Weil will continue to monitor and report on legal and political developments related to regulation GHG emissions. As always, please contact the authors or your contact at Weil for more information. 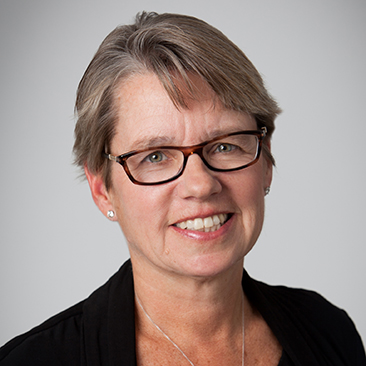