One of the unresolved issues that arose for financial regulators out of the financial crisis of 2008-2009 was the problem of addressing the collapse or potential collapse of systemically important financial institutions, or "SIFIs," in a manner that could avoid widespread harm to the U.S. economy. As was made evident by the failure of Lehman Brothers in the fall of 2008, regulators at that time found themselves in the position of having to choose between rescuing a failing institution at taxpayer expense or allowing the institution to fail and thereby subjecting the wider U.S. economy to the resultant significant financial disruption and dislocation. The Federal Deposit Insurance Corporation (FDIC), on Dec. 10, 2013 issued for public comment a notice setting forth its strategy, the "Single Point of Entry (SPOE)" strategy, for addressing this still unresolved major public policy concern and related "too big to fail" issues.1

Since the enactment of the Dodd-Frank Consumer Protection and Wall Street Reform Act (Dodd-Frank) in 2010, the FDIC has been working to develop its method of implementing Title II of Dodd-Frank, the Orderly Liquidation Authority (OLA). The OLA created a new regime of federal receivership that allows the FDIC to serve as receiver of financial companies on the brink of failure whose actual failure has been determined to pose a systemic risk to the U.S. economy.2 As the receiver, the FDIC succeeds to all rights, titles, powers and privileges of the company and its assets, may conduct all business and perform all functions of the company and is empowered to liquidate and wind up the affairs of the company.3 In developing SPOE as a strategy to implement OLA, the FDIC has had to factor in a number of impediments that are particularly problematic for large, global interconnected SIFIs.

In lieu of bankruptcy, which may have adverse and systemic market implications, or government bail-outs, the OLA is intended to serve as a way of resolving SIFIs in a way that is most efficient and fair to shareholders and creditors and has the least negative impact on the overall stability of the American economy. Once the FDIC takes on the duties of receiver, it is responsible for selling assets, settling claims against the failing company and creating a bridge company that will assume assets or liabilities during the resolution process. The FDIC is given broad powers to resolve failing SIFIs, including invalidating contracts that may interfere with its ability to carry out its duties,4 and it is placed in the complex position of seeking to protect the financial stability of the market as a whole instead of just working toward the best outcome for the particular failing company.5

The basic premise of SPOE is that since most SIFIs are organized as a parent holding company with numerous subsidiaries and affiliates interconnected through legal structure, funding sources, intracompany agreements with cross-guarantee and cross-default provisions, and intercompany support services, in order to resolve the entire enterprise without triggering a domino effect of insolvency running through all of its subsidiaries and affiliates, the FDIC would enter the resolution process as receiver at a single point, the top tier U.S. parent holding company, while allowing the operating subsidiaries to remain open as an orderly resolution occurs. Upon placing the parent holding company into receivership, the FDIC would then create a bridge financial company that would perform holding company functions and into which it would transfer its ownership of the subsidiaries, affiliates and other assets and properly of the failed parent.

Upon determination by two-thirds of the Federal Reserve Board and two-thirds of the Board of Directors of the FDIC that a SIFI is in default or in danger of default and that it cannot be resolved under the Bankruptcy Code without adverse systemic effects on U.S. financial stability, a recommendation is made to the Secretary of the Treasury that the SIFI be resolved under Title II of Dodd-Frank. If the Secretary of the Treasury, in consultation with the president, makes the same determination, then the board of directors of the SIFI can either consent to having the FDIC appointed as receiver or, in the absence of such consent, the Secretary of the Treasury will petition the court for an order authorizing it to appoint the FDIC as receiver.

The next step for the FDIC is the creation of a bridge financial company with a charter, bylaws, and an initial board of directors and selected senior management, all appointed by the receiver. The bridge company and its new board of directors and senior management would take over day-to-day management of the company but the FDIC would retain control over key high-level matters, including, among other things: change in directors, issuance of stock, distribution of dividends and capital transactions or asset transfers in excess of predetermined thresholds. In connection with the formation of the bridge company, the company will enter into an initial operating agreement that would essentially require a pre-failure review of the failed SIFI as well as plans to mitigate the problems identified in that review going forward; a capital, liquidity and funding plan; a business plan for the bridge company; and a plan for restructuring the bridge company going forward that would allow it to transfer its business to a new company.

Assets from the receivership estate, primarily investments in and loans to the failed SIFI's subsidiaries, would be transferred to the bridge company. Fully secured liabilities would also likely be transferred with the related collateral. The bridge company would also assume certain claims of the failed SIFI, analogous to the "first-day" orders in a bankruptcy proceeding that would allow the bridge company to assume certain obligations to essential vendors that would allow day-to-day operations to continue uninterrupted. The shareholder equity, subordinated debt and senior unsecured debt of unsecured creditors of the failed SIFI would remain in the receivership estate, to be later satisfied through a securities-for-claims exchange. This will result in the bridge financial company standing in a significantly stronger position to secure funding and the FDIC expects that the bridge company will be able to borrow from the private markets to meet its liquidity needs. However, Title II of Dodd-Frank establishes an Orderly Liquidation Fund (OLF) that is available to the FDIC to provide temporary secured advances to the bridge company.6 The OLF is housed in the Treasury department and functions to ensure that taxpayers will not bear any loss from an OLA resolution—the fund is to be repaid either through recoveries on the assets of failed companies or through risk-based assessments that the FDIC is authorized to levy on eligible financial companies.7 Title II caps the amount of OLF funds that can be used to 10 percent of the total consolidated assets of the SIFI.8 The FDIC expects OLF monies to be used only for brief transitional periods, in limited amounts and with the specific objective of discontinuing their use as quickly as possible.

The administrative claims process that the FDIC must conduct is described in Title II with priority of claims clearly outlined for all claims that are left in receivership.9 Though similarly situated creditors of the receivership are generally meant to be treated in a similar manner, the FDIC is given limited power to transfer liabilities from the receivership to the bridge company in a way that may have a disparate impact on similarly situated creditors in cases where it would maximize the return to those creditors left in the receivership and the action is necessary for the operation of the bridge company.10 The FDIC expects disparate treatment to occur in very limited circumstances and notes that all creditors must still receive at least the amount they would have received had the company been resolved through the Bankruptcy Code or other insolvency regime.

In order to avoid the need to liquidate assets, the SPOE strategy provides for a securities-for-claims exchange that would address the failed SIFI's creditors' claims through the issuance of new debt, equity and warrants and options in the new private sector company that will succeed the bridge company (NewCo.). The receiver would then exchange new debt and equity in NewCo. for creditor's claims. In order to do this, the FDIC would approve the valuation of the bridge company to be performed by independent experts selected by the board of directors of the bridge company and approved by the FDIC. Of course, regardless of the quality and quality of experts retained, any such evaluation would return a range of values produced by the bridge company's assets and market uncertainty regarding the value of those assets. The FDIC intends to establish an appropriate valuation within that range. The FDIC recognizes the potential need for contingent value rights, such as warrants and options, to protect creditors in lower priority classes to recover value in the event that the FDIC's valuation in fact undervalues the company.

The FDIC expects that a bridge company will be ready to be terminated within six to nine months of the SIFI entering receivership.

The FDIC is not unaware of the complexity of the SPOE and the several potential impediments to a smooth implementation of the concept in practice under Title II.

Foreign Operations. One complicated aspect of SPOE is how it will deal with the failure of a U.S. SIFI with significant foreign operations and how it will coordinate with foreign regulators who would have the authority to oversee the resolution of the SIFI's non-U.S. operations. Large financial institutions usually have multiple foreign operations that span different jurisdictions, regulatory regimes and resolution authorities. Of particular import is the possibility that in the face of a SIFI's failure, foreign jurisdictions will ring-fence operations and assets within their jurisdiction to protect their interests. The FDIC is working with foreign regulators to find solutions to ensure that foreign subsidiaries would remain operative and open for business during the time that the U.S. parent company resolution takes place. Any such solution would need to satisfy the foreign regulator that its home country creditors would not be unfairly harmed in the process.

Sufficient Capital and Debt in the Holding Company. In order to allow for operating subsidiaries to be recapitalized and insulated from contagion from the failed parent and for the NewCo. to be established under SPOE, the holding company must have a sufficient amount of equity and unsecured debt to absorb the losses incurred by the failed parent. Without this cushion at the parent level to absorb losses, NewCo. will be dependent upon outside, private sector capital in order to recapitalize, which will add an additional level of uncertainty to the resolution process.

Cooperation Between Regulators. As is the case with any insolvency involving multiple regularly agencies and/or insolvency regimes, the SPOE strategy will require significant and coordinated pre-insolvency cooperation between the various authorities involved to be successfully.

Because no two insolvencies are the same and because each raises unique issues that require tailored responses designed to address specific circumstances, the SPOE strategy cannot be expected to perfectly resolve every insolvent SIFI. The FDIC, as well as most experienced market participants, is well aware of this fact and will no doubt continue to revise and refine the SPOE strategy, as appropriate, to adjust to shifting market requirements and improved and evolving intelligence in the SIFI insolvency arena. But SPOE will, we believe, prove to be a winner as a core strategic building block in resolving large, complex interconnected financial institutions.

Reprinted with permission from the March 24, 2014 edition of the New York Law Journal © 2014 ALM Media Properties, LLC. Further duplication without permission is prohibited. All rights reserved. 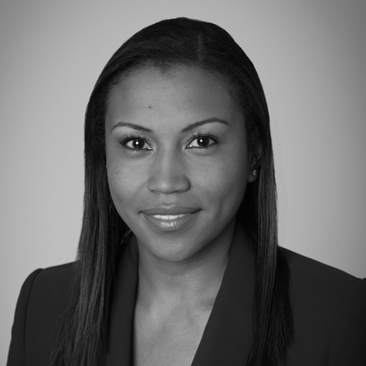