Plaintiffs asserting monopolization claims under Section 2 of the Sherman Act in the Eleventh Circuit must demonstrate that the defendant’s alleged exclusionary conduct actually succeeded in excluding a competitor that was willing and able to enter the market.

On March 4, 2013, the Eleventh Circuit affirmed a district court holding that plaintiff Sunbeam Television Corporation (Sunbeam) lacked antitrust standing to assert its claims against Nielsen Media Research, Inc. (Nielsen), under Section 2 of the Sherman Act and the Florida Antitrust Act, for treble damages under Section 4 of the Clayton Act.1 The court held that Sunbeam failed to establish itself as an “efficient enforcer” of the antitrust laws and did not present “a disputed factual issue in regard to the existence of a willing and able competitor that would have entered the relevant market but for . . . [the] exclusionary practices” of Nielsen,2 which neither party disputed exercised monopoly power in the market.3

For more than 30 years, Sunbeam purchased and used ratings from Nielsen in operating WSVN, the FOX-affiliated broadcast television channel in Miami.4 In 2008, Nielsen changed the way that it collected viewership sampling data in the Miami-Fort Lauderdale area, shifting to the Local People Meter (LPM) Method that combined use of an electronic meter with a remote control.5 Sunbeam claimed that Nielsen’s switch to the “flawed and inferior” LPM method in that market caused harm to WSVN by understating the channel’s actual viewership numbers.6

Sunbeam sued in the Southern District of Florida and alleged that Nielsen, inter alia, violated Section 2 of the Sherman Act and the Florida Antitrust Act.7 Sunbeam argued that, “[b]ut for Nielsen’s exclusionary conduct, [three] competitors likely would have entered or would enter the Relevant Market [the Miami-Fort Lauderdale area],” and that Nielsen’s conduct enabled it to impose upon customers inferior products and supracompetitive prices.8

In assessing standing under Section 4 of the Clayton Act, the Eleventh Circuit cited to the Supreme Court’s 1983 decision in Associated General Contractors of California, Inc. v. California State Council of Carpenters,9 and referenced its “broad balancing analysis that ‘requires us to evaluate the plaintiff’s harm, the alleged wrongdoing by the defendants, and the relationship between them.’”10Under that precedent, the Eleventh Circuit requires a plaintiff to establish both that it suffered an antitrust injury and that it is an “efficient enforcer” of the antitrust laws.11

Beginning with the efficient enforcer prong12 and guided by Associated General Contractors, the district court examined “whether Sunbeam’s alleged injuries were direct or remote, whether the illegal conduct alleged materially contributed to the injury, and whether its damages were speculative or not.”13 To establish a sufficient “causal nexus” between the alleged exclusionary conduct and the alleged antitrust injury, according to the Eleventh Circuit, Sunbeam needed to “prove the existence of a competitor willing and able to enter the relevant market, but for the exclusionary conduct of the incumbent monopolist” and prove “that the potential competitor has ‘take[n] some affirmative steps to enter the business.’”14 The court noted that its decision to require this proof from Sunbeam, as a customer and not a competitor, was an issue of first impression in the Eleventh Circuit.15 The court held that the efficient enforcer prong must be established regardless of whether the plaintiff is a customer or a competitor.16

The district court found “a disputed factual issue” as to “whether Nielsen’s contracting practices are exclusionary”.17 The district court discussed how Nielsen “stagger[ed] the terms of certain of its national market contracts”18 but also found that the evidence “is not clear . . . [on the issue of] whether customers would . . . have been significantly deterred from purchasing competing ratings” during the term of their contracts with Nielsen, apparently due to the added costs for the customers, and “[t]he question of substantial foreclosure of the market is . . . material and disputed”.19 However, the district court also found that based on all the evidence, Sunbeam had failed to “establish[] the existence of a ‘willing and able’ competitor”, and on those grounds the court granted Nielsen’s motion for summary judgment as to the Sherman Act and Florida Antitrust Act claims.20 For example, for one alleged potential competitor, erinMedia, LLC, the district court found sufficient evidence had been established only for erinMedia’s willingness and not for its “ability to enter the market, or the allegedly anticompetitive reasons for that inability.”21 The Eleventh Circuit affirmed the district court’s ruling and agreed “that Sunbeam lacked antitrust standing” and “failed to establish that it was an efficient enforcer of the antitrust laws.”22

Evaluating an issue of first impression, the Eleventh Circuit’s decision imposes a high bar for a plaintiff that seeks to bring a monopolization case against an entity that does not have one or more clearly identifiable actual or potential competitors as to which there arguably exists evidence of exclusion by the defendant’s conduct. In addition, the “willing and able” requirement is present regardless of whether that plaintiff is a customer or a competitor. Interestingly, a monopolist whose actions arguably create entry barriers that exclude all competitors may find itself in a better position to fend off an antitrust challenge than a less successful monopolist. The court here appears to have given more weight to the “willing and able” issue than the exclusionary conduct issue in granting summary judgment to the defendant. 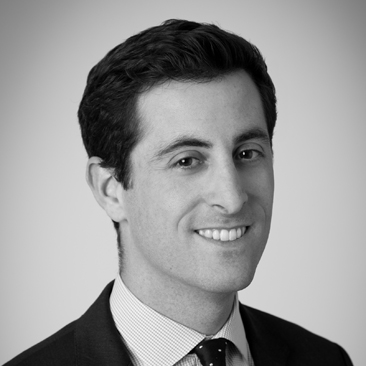