The Antitrust Division of the Department of Justice filed a lawsuit on January 10, 2013 challenging Bazaarvoice, Inc.’s June 2012 acquisition of PowerReviews, Inc. The parties did not report the transaction under the Hart-Scott-Rodino Act and consummated the transaction without government pre-merger review. According to the DOJ suit, the transaction substantially lessened competition in the market for consumer-generated online product ratings and review platforms (PRR platforms) in the United States, resulting in higher prices and diminished innovation. The DOJ asks the court to order Bazaarvoice to divest assets sufficient to create a new business replicating PowerReviews’ competitive significance in the marketplace.

Bazaarvoice is a publicly traded Delaware corporation that offers PRR platforms to retailers and manufacturers. It earned approximately $106.1 million in revenue in 2012.1

On June 12, 2012, Bazaarvoice closed its $168.2 million acquisition of PowerReviews, a privately held Delaware corporation with approximately $11.5 million in revenue.2 According to Bazaarvoice, the company was not required to report the transaction to US antitrust agencies and observe the mandatory waiting period under the Hart-Scott-Rodino Act, because “PowerReviews was so small it failed to meet the government’s own required ‘size-of-person-test’ that triggers mandatory notification and pre-clearance process.”3

The DOJ began its investigation into Bazaarvoice’s acquisition of PowerReviews shortly after the transaction was consummated in June 2012.4 After a six-month investigation, the Justice Department concluded that “Bazaarvoice bought PowerReviews knowing that it was acquiring its most significant rival and hoping to benefit from diminished price competition,” and brought suit alleging that the transaction is likely to substantially lessen competition in violation of Section 7 of the Clayton Act.5

The DOJ complaint alleges that Bazaarvoice was the leading commercial supplier of PRR platforms in the United States, PowerReviews was “routinely” the only significant competitive threat that Bazaarvoice faced, and, as a result of the transaction, Bazaarvoice will be able to profitably impose targeted price increases on its US customers.6

In support of its allegations of anticompetitive effects, the DOJ quotes extensively from internal Bazaarvoice documents:

The DOJ also cites evidence that customers obtained substantial price discounts and benefited from new product features and improved functionality as a result of competition between Bazaarvoice and PowerReviews.10

The Justice Department rejects arguments that other PRR solutions or social commerce products are adequate substitutes for the parties’ PRR platforms and alleges a narrow PRR market. The DOJ maintains that it would be impractical and cost-prohibitive for many of Bazaarvoice’s customers to build their own, in-house PRR solution, and that Bazaarvoice has the information to impose targeted price increases on customers that would not consider in-house solutions to be a viable alternative.11 The DOJ also alleges that other social commerce products “do not collect the same type of structured, product-level data associated with ratings and reviews,” and, therefore, customers do not view these products as substitutes for PRR platforms.12 Finally, the DOJ alleges that entry of new competitors or expansion of remaining ones is unlikely, due to substantial barriers to entry, namely Bazaarvoice’s customer network.13

The DOJ seeks divestiture by Bazaarvoice of sufficient assets, “whether possessed originally by PowerReviews, Bazaarvoice, or both,” to establish a viable competing business that “replace[s] PowerReviews’ competitive significance in the marketplace.”14

Bazaarvoice issued a statement the day after the Justice Department filed its complaint. In the statement, Bazaarvoice argues that the DOJ asserts an “overly narrow definition of the product market.”15According to Bazaarvoice, there is no single market for PRR platforms. Rather, brands and retailers can use a number of tools “as part of an overall social commerce strategy to increase awareness of their products.”16 Thus, Bazaarvoice competes in the “market for social commerce engagement tools” with tools such as Facebook, Twitter, question and answer, and community forums. Baazarvoice suggested that “recent ordinary course documents and substantial economic evidence” support this market definition and criticized the DOJ’s reliance on “a series of dated documents” that “paint an inaccurate picture of the marketplace.”17

This case serves as a reminder of several key considerations to keep in mind when assessing an acquisition that is likely to raise antitrust risk: 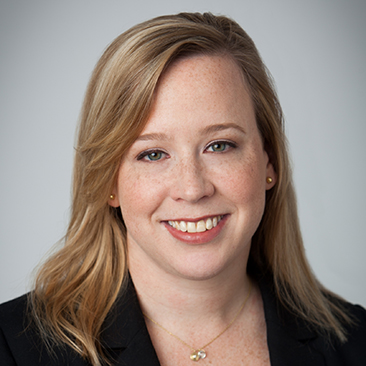