On March 26, 2013, the Antitrust Division of the Department of Justice issued a business review letter declining to state its present enforcement intentions regarding an innovative IP exchange organization (Intellectual Property Exchange International, Inc., or IPXI).1 IPXI, a financial exchange designed to facilitate patent licensing, had requested the letter as it prepares for its launch.2 While the DOJ declined the opportunity to state affirmatively that it has no intention of enforcing the antitrust laws against IPXI, it also did not state that it finds IPXI likely to violate the laws or create overall anticompetitive effects.

IPXI is a membership-based exchange – according to IPXI, the first of its kind – whose founding members include corporations and universities.3 Its goal, it says, is to facilitate the licensing and trading of intellectual property rights. It will do this by operating a marketplace in which patent holders and licensees can buy and sell rights to intellectual property.4 IPXI’s role will be to analyze patents, gauge market interest, and undertake a licensing process not unlike a public equity offering for a corporation.5 It will also introduce standardized contracts called Unit License Right contracts (ULRs), which it says will make it easier for interested parties to trade patents and determine fair prices.6

The DOJ highlighted several potential procompetitive benefits of this plan in its business review letter. First, the DOJ stated that the exchange has the potential to make licensing more efficient. The exchange could do so, the DOJ said, by increasing transparency regarding patents and reducing the need for costly bilateral negotiations.7 The DOJ also said that the exchange could create price transparency, because in contrast to the many licensing transactions that are kept confidential, the newly created rights market could provide a guide to prices in advance of negotiations and enable licensees to manage their IP budgets with more precision.8 Finally, the DOJ highlighted the potential efficiencies that could result from the aggregation of patents, such as a potential reduction in “stacked royalties,” where a single product infringes on multiple patents, and the clearing of “blocking positions,” where a firm cannot practice a second patent without infringing upon the first.9

The DOJ stated some concerns about potential anticompetitive effects of the arrangement, although it did not predict these with any certainty. It noted the possibility that IPXI could act as a common agent and ensure that accommodating terms are maintained across competing patent holders.10 The DOJ also suggested that the aggregation and dissemination of competitively sensitive information could facilitate price coordination.11 Furthermore, the DOJ noted that pools of patents that include competing patents might result in raised royalty fees and reduce competition among patented technologies.12

Importantly, however, the DOJ did not say that IPXI’s exchange would necessarily (or even likely) harm competition. Rather, it emphasized that it could not prospectively assess the competitive impact of the proposal because it does not have enough facts to assess how it will play out in reality.13 While the DOJ declined to state its enforcement intentions, IPXI can take some comfort from the agency’s recognition of the potential procompetitive benefits of the exchange. Also, while business review letters are not binding on courts – they only state the agency’s current intentions14 – courts do cite them as meaningful guidance. Hence, IPXI will likely go into operation without immediate challenge by DOJ. Whether there are adverse competitive effects and/or enforcement actions regarding IPXI after it does launch is a question that will have to wait. 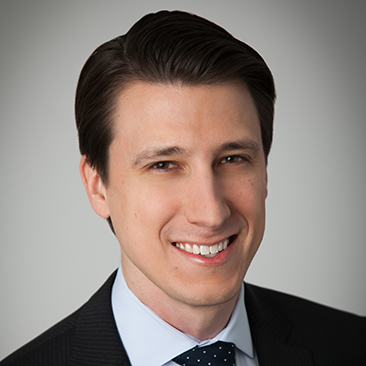