Federal, state and local government agencies have expressed increased sensitivity to and awareness of transgender and gender nonconforming individuals and their legal rights in the workplace.  The Equal Employment Opportunity Commission (“EEOC”) now considers discrimination against transgender and gender nonconforming individuals to be sex discrimination under Title VII of the Civil Rights Act of 1964 (“Title VII”).  See U.S. Eq. Empl. Opp. Comm’n, What You Should Know About EEOC and the Enforcement Protections for LGBT Workers, http://www.eeoc.gov/eeoc/newsroom/wysk/enforcement_protections_lgbt_workers.cfm (last visited Mar. 28, 2016). Administrative agencies in both New York State and New York City similarly have taken regulatory action in the past several months to address discrimination against transgender and gender nonconforming individuals.

The New York State Division of Human Rights promulgated regulations, effective as of January 2016, stating that discrimination against transgender and gender nonconforming individuals falls within the New York State Human Rights Law’s (“NYSHRL”) prohibitions on sex discrimination. See  9 N.Y.C.R.R. § 466.13. Additionally, employers who may have believed they were complying with the New York City Human Rights Law’s (“NYCHRL”) prohibition on discrimination against transgender or gender nonconforming individuals may need to reassess their policies in light of the New York City Human Rights Commission’s (“Commission”) enforcement guidance on such discrimination published in December of last year. In its guidance the Commission clarified what constitutes discrimination on the basis of gender identity and expression under the NYCHRL, which extends beyond traditional notions of discrimination, harassment, and retaliation to include instructions for employers on the use of pronouns and names to call their employees, how to structure dress codes, and what employers should consider in requests for accommodation. See New York City Commission on Human Rights Legal Enforcement Guidance on Discrimination on the Basis of Gender Identity or Expression: Local Law No. 3 (2015), available at http://www.nyc.gov/html/cchr/html/law/gender-identity-legalguidance.shtml (“Enforcement Guidance”).

In this article, we describe the current state of federal, New York State and New York City law on discrimination against transgender and gender nonconforming individuals. We also suggest several ways that employers with operations in New York City might want to amend their policies and practices to comply with the requirements of New York City regulations.

Title VII went into effect in 1964, long before widespread public awareness of gender nonconformity and transgender individuals. Courts and agencies are now grappling with how discrimination against such individuals falls into the scheme of Title VII. Some courts have taken the view that transgender status is a type of sex stereotyping and Title VII thus protects transgender individuals. See, e.g., Smith v. City of Salem, 378 F.3d 566 (6th Cir. 2004). Others maintain that although sex stereotyping constitutes sex discrimination under Title VII, discrimination on the basis of transgender status does not. See, e.g., Ulane v. E. Airlines, Inc., 742 F.2d 1081 (7th Cir. 1984); Sweet v. Mulberry Lutheran Home, No. IP02-0320-C-H/K, 2003 WL 21525058, at *1 (S.D. Ind. June 17, 2003).

The Transgender Rights Act, enacted in 2002, amended the NYCHRL to prohibit discrimination on the basis of gender identity, gender expression, and transgender status. See N.Y.C. Local Law No. 3 (2002). In 2015, the Commission provided guidance regarding this Act in which it describes eight types of conduct that it deems to constitute violations of the NYCHRL. See generally, Enforcement Guidance. The guidance allows the Commission to impose fines of up to $125,000 per violation, or $250,000 when the conduct is “willful, wanton, or malicious.” Enforcement Guidance at 10. The potential to incur fines and face litigation makes the guidance particularly significant for smaller employers, who may be subject to the NYCHRL even though they may not be subject to federal and state anti-discrimination laws.

In addition to interpreting the NYCHRL, the guidance defines terms related to sex and gender. For example, the guidance defines “gender non-conforming” as “an adjective sometimes used to describe someone whose gender expression differs from traditional gender-based stereotypes.” Enforcement Guidance at 6. The guidance uses the word “transgender” to “describe someone whose gender identity or expression is not typically associated with the sex assigned at birth,” and specifies that “transgender” can identify people “with a broad range of identity and expression,” including those, for example, who identify as androgynous or gender queer. Id. The guidance also clarifies that the terms “transgender” and “gender nonconforming” represent distinct concepts, and the categories can be separate or overlapping. Id.

According to the guidance, the NYCHRL requires that employers refer to individuals by their preferred name and pronoun, regardless of appearance, medical history, or the name on the individual’s identification card. See Enforcement Guidance at 4. The Commission describes an example violation as the “intentional or repeated refusal” to use an individual’s name or pronoun. Id. Plaintiffs may argue that the word “or” may imply that unintentional but repeated use of the wrong name or pronoun is actionable, but the language does not mean that all unintentional use of the incorrect name or pronoun violates the NYCHRL, and the rule has not yet been tested in agencies or the courts. Nevertheless, employers should consider steps, such as diversity training, to minimize the risk of intentional and unintentional misuse of names and pronouns.

The guidance explicitly includes sex stereotyping as a violation, and provides as examples of violations both anti-gay epithets and the attribution of a sexual orientation to someone because of their appearance or gender identity. Id. at 6. Therefore, calling a transgender woman “gay” because of her transition would violate the NYCHRL. Similarly, policies governing uniforms and grooming standards, which may include dress codes, must be gender neutral. Id.  Uniforms may be binary, meaning an employer can offer uniform options traditionally associated with “males” or “females,” but an employer may not require an employee to wear one type of uniform over another. Id. at 7.

An employer in New York City may not consider gender in evaluating requests for reasonable accommodations, which an employee may request based on disability. Id. at 9. The guidance explicitly mentions that employers should provide reasonable accommodation for individuals undergoing gender transition, including time off for counseling and medical appointments as well as gender affirming surgery. Id.

Employers may not need to focus upon or make changes based on some the information the Commission includes in its guidance because many New York City employers are likely already compliant with the law on those issues. Although the guidance requires that employee benefit plans do not discriminate on the basis of gender, it also explicitly states that employers who comply with the Employee Retirement Investment Security Act  (“ERISA”) also comply with the NYCHRL. Id. at 8. This statement appears to be an acknowledgement that employers may argue that because ERISA is a federal statute, it preempts the NYCHRL insofar as it mandates an employer to modify an employee benefit plan. See Shaw v. Delta Airlines, Inc., 463 U.S. 85 (1983).

The guidance concludes with a reiteration of the prohibition on discriminatory harassment and retaliation, which are familiar to employers complying with the NYCHRL with respect to other protected categories. Enforcement Guidance at 9-10.

Employers with operations in New York City should review their policies and consider revising them to address the Commission’s guidance as follows:

Reprinted with permission from the April 4, 2016 edition of the New York Law Journal © 2016 ALM Media Properties, LLC. Further duplication without permission is prohibited. All rights reserved. 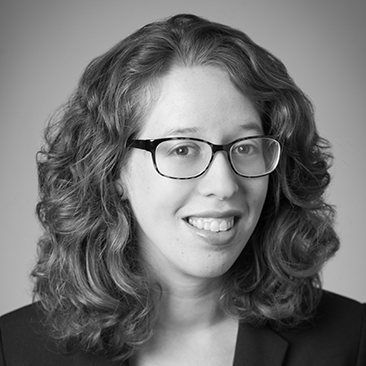