As part of a private equity sponsor’s oversight role, its partners and associates regularly serve as directors and/or officers of its portfolio companies. Serving in these capacities is not without risk because these individuals may be included in derivative and third-party claims from a number of private and governmental sources. While a significant amount of attention is placed on protecting current directors and officers, one aspect of portfolio company board or officer service that receives less focus is the protection of directors and officers after they resign or are otherwise removed from these positions.

The most well known layer of protection is D&O insurance. As has been seen in our discussion of the PinkMonkey case in the September 2004 issue of the Private Equity Alert, D&O insurance does not protect directors and officers in all instances.[1] Moreover, while the typical D&O policy defines the “Insured” to include any “past, present or future” director or officer of the named entity, once a director or officer resigns from the corporation, such person is no longer in a position to influence future decisions concerning renewals and modifications to coverage.

Indemnification and Advancement of Expenses

Under the General Corporation Law of the State of Delaware, or DGCL, a corporation is required to indemnify both the current and former directors or officers of the corporation against expenses actually and reasonably incurred if the particular current or former director or officer seeking indemnification is successful on the merits or otherwise in defense of any action, suit or proceeding brought by reason of the fact that such person was a director or officer of the corporation.[3] In addition, a corporation may indemnify its current or former directors or officers against (i) judgments, fines, amounts paid in settlement, and reasonable expenses, including attorneys’ fees, in the case of a third-party action, and (ii) expenses, including attorneys’ fees (but not amounts paid in settlement or judgments), in the case of an action by the corporation or a derivative action brought by a stockholder, in each case incurred in any actual or threatened litigation brought by reason of the fact that such person was serving in one of the previously mentioned capacities.[4] In order for an individual to qualify for what is generally referred to as “permissive indemnification,” an appropriate body, such as the board’s disinterested directors, must determine that such individual has met the requisite standard of conduct.[5]

However, the weakness of indemnification, whether required or permitted by statute, is that the current or former director or officer must either prevail in the action or have met the requisite standard of conduct. This means that the director or officer must fund a defense to reach the required result. In recognition of this, the DGCL permits a corporation to advance the expenses incurred by a current or former director or officer in defending third-party or derivative actions without regard to a standard of conduct.[6] As a condition precedent to the advancement of expenses, a corporation is required to obtain from a director or officer to whom expenses are advanced an undertaking to repay any amounts advanced in the event that it is later determined that such person is not entitled to indemnification.

The Risk of Amendment

While the former director succeeded in the Salaman case, one can infer that the result could have been different had National Media amended its “old” bylaws prior to the date the claims were filed. This is a bigger risk than one might think, particularly in the context of a sale of the corporation, because most buyers, including private equity sponsors, amend and/or restate the certificate of incorporation and/or bylaws at or after the closing. Generally speaking, this occurs because the buyer’s counsel wants to standardize corporate documents for all of the entities in a group of companies. As in the Salaman case, it may also occur for less benign reasons. The danger is that the new “form” documents may not provide the level of protection, or more important, the certainty of protection, that the former director or officer enjoyed prior to the closing.

There are two ways that former directors and officers can protect themselves from these potential pitfalls. The first involves the context of a sale of the portfolio company, when directors and/or officers leave en masse. In this instance, private equity sponsors should insist the sale contract provide that the buyer maintain at least the same level of protection in its constituent documents in effect at closing for the applicable statute of limitations, generally six years.[11] One key addition for the effectiveness of this provision is the inclusion of an express third-party beneficiary right in favor of the former directors and officers. This permits the former directors and officers to directly enforce the indemnification and advancement rights. However, a key weakness of this type of provision and its variants is that the persons who will ultimately determine whether a former director or officer has met the requisite standard of conduct are generally not “friendlies.” Because of this, these persons may or may not, depending on the circumstances, be sympathetic to the plight of the former director or officer, especially if his or her conduct was questionable or the amounts incurred are significant. 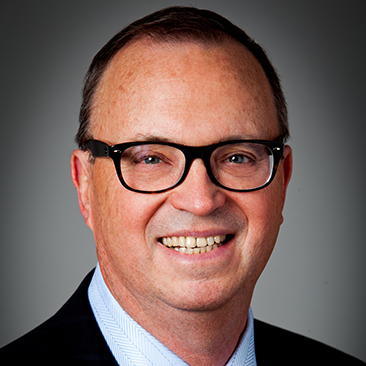