In a decision denying class certification, the Southern District of California in Conde v. Sensa, spent considerable time discussing how Plaintiff otherwise satisfied the typicality requirement necessary for moving forward with the class action. (See Conde v. Sensa, No. 14-cv-51 JLS WVG, 2018 U.S. Dist. LEXIS 154031 (S.D. Cal. Sep. 10, 2018)). The Court ultimately denied certification (without prejudice) because it found that Plaintiff failed to show that common issues of fact and law predominated, that a class action was superior to other methods, and that the class was ascertainable, but not before a detailed analysis of why the named Plaintiff would have otherwise satisfied her burden on typicality. Id.

Plaintiffs brought claims alleging that Sensa engaged in false and misleading advertising and marketing, unfair competition, and breach of warranties in relation to Sensa’s various products, marketed as “Weight-Loss Systems.” Id. at *5.  The products were “tastant crystals” meant to be sprinkled on consumers’ food. Id.  Sensa advertised that these sprinkles, due to their taste and smell, would cause the consumer to feel full faster and thus, eat less food. Id. In marketing their products, Sensa advertised that users would “‘lose up to 30lbs or more in just 6 months’ without requiring the user to diet or exercise.” Id.

Defendants argued against class certification, alleging that 84% of class plaintiffs were subject to arbitration agreements; that each individual plaintiff purchaser’s claims would be governed by the laws of their home state; and, that several of the issues had already been resolved by an FTC settlement through which many plaintiffs had already received significant relief. Id. at *32-*52. The court agreed with Defendants on each of these arguments finding that Plaintiffs failed to meet their burden of predominance. Id. at *52. The Court explained it would have to spend a significant amount of time determining whether each purchaser was subject to an arbitration agreement, and then, whether each remaining plaintiff’s claims were proven under his or her home state’s applicable laws. Id. at *35, *43. The Court further found in light of the prior FTC settlement, a class action was not a superior mechanism because individual claims were still viable and a class action would require a “substantial expenditure of judicial time which would largely duplicate work [already done].” Id. at *48. Based on these findings, the Court concluded that the class was not ascertainable due to both the arbitration agreement and the FTC settlement. Id. at *50-*52.

Even though the Court ultimately denied class certification, it went out of its way to first explain why plaintiff otherwise met her burden on proving typicality. Id. at *18-*26. The Court provided a comprehensive analysis that adds to the list of cases addressing typicality and what it takes to satisfy the prong. Whether the analysis will be persuasive or dismissed as dicta in light of the class denial remains to be seen. Either way, it's worth a read.

Defendants argued that Ms. Stokes, the named Plaintiff, was atypical of her Class in six ways. They argued that she did not purchase Sensa to lose weight, but rather to maintain it; experienced side effects uncommon to the class; used only one of three Class Products; did not rely on all representations by Sensa; had never seen or purchased Sensa on their website; and spent $5,000 on the product over 5 years because she was satisfied with it. Id. The Court discussed each argument in turn.

First, the Court found that Stokes’ reasons for buying the product and the fact that she experienced uncommon side effects were not relevant to the typicality analysis because “she still suffered the same injury as the Class members: monetary loss from purchasing a product based on alleged misrepresentations.” Id. at 19. Further, the Court noted, Stokes was “not seeking relief for the side effects [she] experienced from using Sensa.” Id. at *19-20. Although “[i]t is undeniable that Plaintiff used only one of three of the Class Products,” all Class Products claimed to have the same result, and the marketing and ingredients of the products were “substantially similar,” so this too did not cause Ms. Stokes to be atypical of the Class. Id. at *22-24.

Additionally, the Defendants claimed that Stokes never saw or read Sensa’s weight loss advertisements after the ads purportedly changed in approximately 2013 and thus could not have relied on any representations. Id. at *24. Likewise, Defendants argued that since Stokes did not buy her product off of the Sensa website as 84% of the Class had, she did not see the representations made there. Id. at *24-26. Yet again, the Court concluded that these alleged facts were immaterial because Stokes had seen the same advertisements on retail boxes, television ads, and infomercials and the same evidence would be used to prove that both old and new representations were false. Id. at *24-25.

The climax of the typicality analysis, however, was Defendants' argument and Stokes’ admittance that she was “satisfied with Sensa while… using it.” Id. at *20-22. Indeed, Stokes said that she bought Sensa with the purpose of maintaining her weight with no other diet or exercise and she accomplished that goal. Id. at *20. In fact, the evidence showed and Stokes admitted that she continued to buy the product for 5 years because she was so satisfied with it. Id. In other words, Stokes admitted she bought Sensa for a particular purpose, it served that purpose, and she was happy with the product and its results. Nevertheless, in finding Stokes satisfied typicality, the Court determined that whether typicality was met required a focus “on the Defendants’ conduct and Plaintiff’s legal theory.” Id. at *21. The Court explains that “[i]t is irrelevant that Stokes liked the Class Product while using it—she is not seeking to represent a Class of people who gained weight as a result of Sensa or disliked the Class Product.” Id.

This conclusion disregards the fact that putative class members, unlike Stokes, were likely dissatisfied with the product and may, therefore, have more to lose than Stokes who was so happy with the product that she continued to purchase it for five years. Given Stokes’ satisfaction with the Sensa product, it could be argued that she received the benefit of her bargain and thus, may not share the same stakes in the litigation as the class of consumers who did not. Ultimately, the court side-stepped this issues by focusing on the Plaintiffs’ broad linguistic definition of the Class being, “all persons in the United States who purchased Defendants’ Sensa Weight-Loss System, on or after August 22, 2012.” Id. at *6.

To what degree this analysis will be persuasive in future cases remains to be seen. The discussion about Ms. Stokes meeting the necessary typicality requirement appears to be analyzed very broadly in Plaintiff’s favor. It seems to propagate the notion that all that is necessary to meet typicality is that the class members all purchased the same or substantially the same product which did not perform as advertised. However, the fact remains that the analysis is likely nonbinding dicta, as the Judge ultimately denied Class certification for other reasons. See supra.

This decision is one of the latest in class action litigation, which is ever-evolving. On the docket of the Supreme Court of the United States this fall are two cases regarding FRCP 23: Frank v. Gaos and Nutraceutical Corp. v. Lambert. (Gaos v. Holyoak (In re Google Referrer Header Privacy Litig.), 869 F.3d 737 (9th Cir. 2017); Lambert v. Nutraceutical Corp., 870 F.3d 1170 (9th Cir. 2017)). Frank v. Gaos, which saw oral argument on October 31, 2018, considers when class action settlements can pay a charity in lieu of class members and Nutraceutical Corp. v. Lambert, which is scheduled for oral argument on November 27, 2018, that considers whether claim-processing rules are subject to equitable exceptions. We’ll be keeping an eye on these cases and report back as they progress. 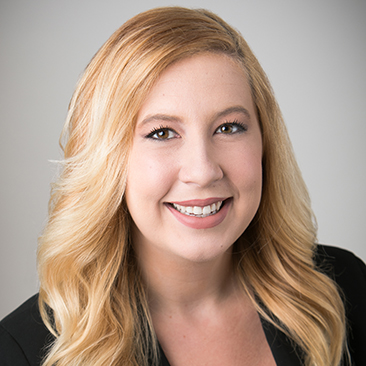