Trade secret protection exists primarily as a matter of state law. In July 2015, bipartisan sponsors in both houses of Congress introduced the Defend Trade Secrets Act (DTSA), which is intended to create a federal civil cause of action for trade secret misappropriation. Although the proposed federal legislation has mostly been welcomed by corporates and practitioners alike, some have voiced concerns about how the DTSA would work in practice and how it would coexist or conflict with the current state laws governing trade secret misappropriation. Here are some of the central concerns regarding application of the DTSA:

The DTSA grants district courts “original jurisdiction” for an action “for misappropriation of a trade secret that is related to a product or service used in, or intended for use in, interstate or foreign commerce.” This provision has raised the question over how courts will interpret the term “related” to a product or service used in or intended to be used in interstate or foreign commerce. If a trade secret does not “relate” to a product or service involved in interstate commerce, under the current draft of the DTSA, a federal court sitting in diversity would arguably be required to apply state substantive laws to a trade secret misappropriation claim despite the enactment of the DTSA. Conversely, defendants who prefer the state forum will seek dismissal based on lack of federal question jurisdiction on the grounds that a trade secret does not implicate interstate commerce. In determining whether an activity has a “substantial relation to interstate commerce,” the Supreme Court has held that the proper test is whether the activity “substantially affects” interstate commerce. Although there are infinite fact patterns, we should expect a fairly broad interpretation of the “related” language to effectuate federal jurisdiction.

Enforcement of the “seizure” provision

The DTSA contains a “seizure” provision which would allow a plaintiff to request, through an ex parte proceeding, seizure of any property “necessary to prevent the propagation or dissemination of the trade secret that is subject to the action.” Because ex parte seizures can be used to effectively shut down legitimate competition, the concern has been raised that companies could use this provision to unfairly target and eliminate their competition.

However, the burden for obtaining a seizure under the DTSA would be high. The plaintiff must first show that “the harm to the applicant of denying the application outweighs the harm to the legitimate interests of the person against whom seizure would be ordered” and “substantially outweighs the harm to any third parties who may be harmed by such seizure.” A plaintiff must also show that “the person against whom seizure would be ordered, or persons acting in concert with such person, would destroy, move, hide, or otherwise make such matter inaccessible to the court, if the applicant were to proceed on notice to such person.”

The DTSA also provides that, if a seizure is ordered, the order must “direct that the seizure be conducted in a manner that minimizes any interruption of the business operation of third parties and, to the extent possible, does not interrupt the legitimate business operations of the person accused of misappropriating the trade secret that are unrelated to the trade secret that has allegedly been misappropriated.” If a seizure order is issued, a hearing must be scheduled within seven days where the defendant will have an opportunity to be heard. A defendant who suffers damages by reason of a wrongful or excessive seizure has a cause of action against the applicant and can recover damages including lost profits and punitive damages. Although the seizure provision is new to this area of the law, the current language seeks to balance a legitimate need to protect information with protections against seizures procured through bad faith.

Although there are some concerns with how the DTSA could be interpreted if and when it is passed, the passage of federal laws governing this form of intellectual property should be welcome by most companies as another weapon to protect their most precious assets.

Bambo Obaro is an associate in the firm's Silicon Valley office where he focuses on complex commercial litigation.

Reprinted with permission from the January 20, 2016 edition of The Daily Journal. Further duplication without permission is prohibited. All rights reserved. 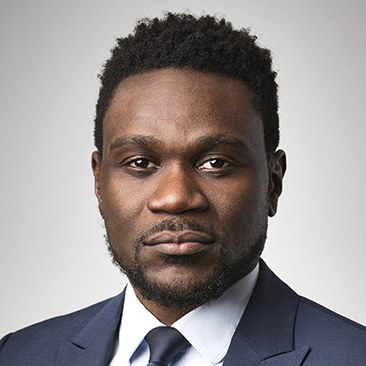