The Supreme Court recently asked: “When does the Fourteenth Amendment care about copyright infringement?” Allen v. Cooper, 140 S. Ct. 994, 1004 (2020). The court’s answer evinced a degree of ambivalence: “Sometimes, no doubt … [b]ut even if sometimes, by no means always.” Id. Allen involved copyright infringement claims brought by a videographer against Gov. Roy Cooper of North Carolina and other state defendants arising out of North Carolina’s publication of the plaintiff’s photographs and videos of a pirate shipwreck discovered off of North Carolina’s coast. The defendants moved to dismiss on the basis of sovereign immunity. The court held that the Copyright Remedy Clarification Act (CRCA)—which provides that states and their officers “shall not be immune” from copyright infringement suits in federal court—had not validly abrogated state actors’ Eleventh Amendment sovereign immunity for all instances of copyright infringement and, accordingly, affirmed the dismissal. Id. at 1001, 1007. While Allen established that States may not always be held accountable for copyright infringement, it stopped short of declaring that States can never be held liable. Canada Hockey v. Texas A&M University, now pending in the Fifth Circuit, presents the question of whether there are any circumstances under which a state actor can be held liable for infringement. Did “by no means always” really mean “never”? And, if not, where is the line?

The Limits on Congress’s Power To Abrogate State Sovereign Immunity

Ratified in 1795, the Eleventh Amendment and the immunity it provides to states were intended to protect the integrity of our then-fledgling nation’s dual sovereign system and to prevent the federal government from trampling state power. However, Congress can pierce “the shield of sovereign immunity” in order to enforce due process rights protected by the Fourteenth Amendment. Fitzpatrick v Bitzer, 427 U.S. 445, 448 (1976). Section 5 of the Fourteenth Amendment gives Congress the “power to enforce, by appropriate legislation, the provisions of this article.” And Section 1 of the Amendment prohibits states from, among other things, “depriv[ing] any person of life, liberty, or property, without due process of law.” To exercise its Section 5 power to subject states to liability, Congress must “unequivocally express its intention to abrogate the Eleventh Amendment bar to suits against the States in federal court.” Atascadero State Hospital v. Scanlon, 473 U.S. 234, 242 (1985). Congress can do so prophylactically—via statutes holding states liable for conduct in the neighborhood of a constitutional violation, even if not an actual violation—as long as the statute is “congruent and proportional” to the targeted constitutional violation. Bd. of Trs. of the Univ. of Ala. v. Garrett, 531 U.S. 356, 374 (2001). Separately, Congress can abrogate sovereign immunity when there is an actual violation, without regard to congruence or proportionality. United States v. Georgia, 546 U.S. 151 (2006).

In 1987, Congress commissioned the Register of Copyrights to “assess the nature and extent of the clash between the Eleventh Amendment and the federal copyright law,” the interplay of which had been treated inconsistently by the lower courts. Letter from Reps. Robert W. Kastenmeier & Carlos Moorhead, H Subcomm. on Courts, Civil Liberties, and the Admin. of Justice, to Ralph Oman, Register of Copyrights (Aug. 3, 1987); compare Mills Music v. State of Ariz., 591 F.2d 1278, 1286 (9th Cir. 1979) (holding that money damages for state copyright infringement did not contravene the Eleventh Amendment), with Wihtol v. Crow, 309 F.2d 777 (8th Cir. 1962) (holding the opposite). Finding that the Register’s Report and related testimony had revealed an intolerable pattern of copyright infringement by state actors, Congress passed the CRCA in 1990, expressly clarifying that “[a]ny State … shall not be immune, under the Eleventh Amendment … from suit in Federal court by any person … for a violation of any of the exclusive rights of a copyright owner,” and shall be subject to liability “in the same manner and to the same extent as any nongovernmental entity.” 17 U.S.C. 511(a); 17 U.S.C. 501(a).

In Allen, the Supreme Court held that the CRCA’s prophylactic reach against any violation of copyright law was too broad, i.e., it was not congruent and proportional to a targeted constitutional violation. Allen, 140 S. Ct. at 1007. But Allen did not limit whether the CRCA may apply to remedy actual violations of the Fourteenth Amendment. That issue is now before the Fifth Circuit in Canada Hockey.

‘Canada Hockey’ and Its Ramifications

The district court correctly recognized that Bynum’s constitutional rights were violated. Id. at 4, 7, 18. But it nonetheless held that state sovereign immunity protects TAMU—and any other state actor—from ever paying damages for its infringements, no matter how egregious or harmful to the copyright owner’s rights, and no matter how violative of Congress’ clear intention to promote the public interest by affording to copyright owners the statutory protections that provide economic incentives for creative endeavors. The district court construed Allen’s pronouncement that the CRCA’s complete prophylactic abrogation is unconstitutional as a bar to all copyright infringement suits against states, even when constitutional rights are actually violated. Id. at 7, 18. Accordingly, it granted the state-actor defendants’ motion to dismiss the claims for money damages. Id. at 20.

Bynum and his amici contend this was a reversible error. This case, they contend, is bound by United States v. Georgia, not Allen. In Georgia, the Supreme Court affirmed the right of a disabled inmate of the Georgia state prison system to sue the state Department of Corrections, among others, for money damages under Title II of the Americans with Disabilities Act and the Eighth Amendment. Id. at 157. Because there was both a statutory violation and an independent Fourteenth Amendment violation, the court did not need to confront its thorny morass of prophylactic abrogation precedent and instead unanimously held that “[i]nsofar as Title II creates a private cause of action for damages against the States for conduct that actually violates the Fourteenth Amendment, Title II validly abrogates state sovereign immunity.” Id. at 159. Allen did nothing to disturb this precedent. It addressed only Congress’ ability to “[go] beyond redressing actual constitutional violations.” Allen, 140 S. Ct. at 1004. Georgia thus charts a clear path for the Fifth Circuit to follow in Canada Hockey: While Allen held that the CRCA’s prophylactic abrogation of sovereign immunity in all copyright infringement cases was overreaching, Congress nonetheless had the power to abrogate sovereign immunity in cases brought to redress an actual constitutional violation.

If TAMU’s alleged infringement—clearly intentional, devastating to the value of Mr. Bynum’s work, and subject to no offer of redress by Texas—is not egregious enough to fall within the scope of whatever is left of the CRCA’s abrogation of sovereign immunity, it is difficult to imagine that there is anything left at all. If not now, when? And if a state actor could never be held to account for copyright infringement, then what?

Brazen infringement by a state actor, unfortunately, is far from an isolated occurrence. While state entities are significant consumers of a wide variety of copyrighted materials, copyright infringement by state actors has been on the rise over the past 20 years, and state universities and institutions of higher learning are among the leading culprits of infringement. See Copyright Alliance, Comment Letter on Sovereign Immunity Study: Notice and Request for Public Comment (June 3, 2020). Blanket immunity from suits for money damages would exacerbate the problem. A state university professor or other employee might freely email a file containing a full textbook (or any other work of fiction or nonfiction) to every student who registers for a course, to save the students the cost of the material. A state university instead might sell self-made copies of books at discounted rates, driving down their value while usurping for itself the proceeds of the labor of others. Perhaps, as Justice Breyer hypothesized at oral argument in Allen v. Cooper, a state could “with its own website, [be] charging $5 or something, [for] Rocky, Marvel, whatever, Spider-Man, and perhaps Groundhog Day.” Tr. of Oral Arg. at 36:18-23. If the dismissal of the claims in Canada Hockey were allowed to stand, Congress would need to act—and act swiftly—to craft new abrogation legislation that passes constitutional muster. 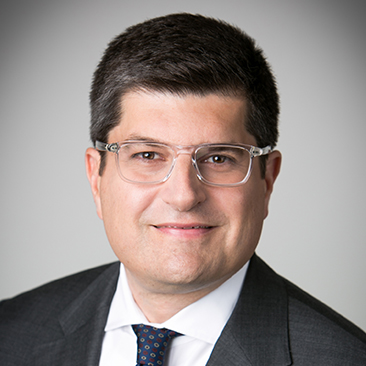 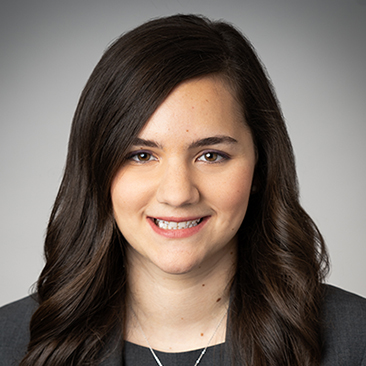