Multinational companies have known for some time that, if one of their employees or agents acts corruptly, this can lead to legal and reputational risks for the company itself and its senior management. Brazil is the latest example of a country which has made this explicit. Its new anti-corruption law, The Clean Companies Act, dated 1 August 2013, follows the model of the UK Bribery Act 2010 in imposing strict liability on corporations. The new law is expected to come into force towards the end of this year.

The UK Bribery Act imposes criminal liability on corporate entities where a person “associated” with the corporation gives or offers a bribe. This is strict liability and applies whether or not there is fault on the part of the corporation itself. The corporation has a defence if it can show that it had in place “adequate procedures” to prevent bribery. The Act provides that the UK Ministry of Justice must issue guidance on what would constitute “adequate procedures” for this purpose, which it has done.

There has yet to be a prosecution under this provision of the UK Bribery Act, or indeed any prosecution under that Act which relates to commercial activity. Nevertheless this so-called “corporate offence” has led to considerable efforts by companies large and small to ensure that their policies and procedures meet the “adequate procedures” standard. This is exactly what the UK government wanted to achieve – the aim of the corporate offence was to improve compliance standards and to make companies with any connection to the UK take the issue of corruption very seriously.

In Brazil, the concept of criminal liability of a corporation does not exist, so the law imposes civil or administrative sanctions, including monetary sanctions, on legal entities. The new law adopts a strict liability approach as in the UK, in that the liability arises for wrongful acts committed in the interests of or for the benefit of the corporation.

The wrongful acts which may lead to this liability include:

Liability can be imposed on Brazilian entities and on non-Brazilian entities doing business in Brazil. The law provides for fines up to 20% of the entity’s gross revenues for the last financial year, as well as restitution of any advantages gained through the wrongful conduct.

There is no requirement that the wrongful act should have been committed by an employee of the company, so as in the UK there is the risk that the company may be liable for the acts of third party agents acting on its behalf or with its knowledge.

The existence of internal procedures to prevent corruption (such as written policies, training programmes etc.) does not of itself provide a defence under the Brazilian law. This is simply listed as one of the factors to be taken into account in assessing the quantum of penalties. In this respect, the law resembles the approach in the US where the corporate prosecution policies of the US Department of Justice and the Securities and Exchange Commission list the existence or absence of internal procedures as a mitigating or aggravating factor that regulators will consider in making a charging decision. Companies may also wish to consider seeking registration and approval of their anti-corruption programmes from the Brazilian government. A number of multinationals have already done this. The effect should be to reduce penalties in any future proceedings: there could also be a benefit from positive publicity. Registration is a fairly simple procedure involving completion of a questionnaire and submission of policy documents and other materials used in the programme.

The US is the country with the longest history of aggressive enforcement of its anti-corruption laws. The practice in investigations of possible violations of the Foreign Corrupt Practices Act is for companies to negotiate settlements, including “deferred prosecution” and “non-prosecution” agreements, with the DOJ and the SEC (where relevant), which often involve admissions of wrongdoing. The UK has recently passed legislation providing for a form of deferred prosecution agreement, although subject to more judicial scrutiny than in the US. The new Brazilian law also provides a framework under which prosecutors can allow leniency within certain parameters in return for full cooperation with an investigation.

Multinational clients can no longer assume that compliance issues in emerging markets can be resolved by discussions with the US and UK authorities. Prosecutors in Brazil now have a number of new weapons in their armoury, as is increasingly the case in other major emerging markets. As a result, a multinational strategy will be needed when dealing with the next round of corruption scandals. 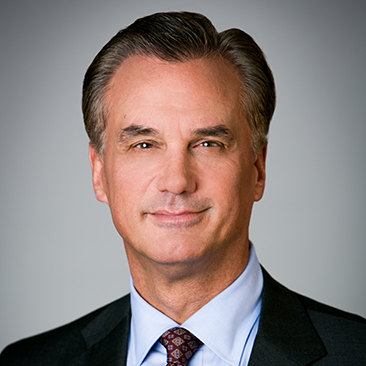