On October 31, 2014, the Federal Trade Commission (“FTC”) agreed to a settlement with Blue Rhino and AmeriGas Cylinder Exchange, the two leading suppliers of propane exchange tanks, regarding FTC charges that the companies agreed to fix the prices of propane exchange tanks.1   According to its March 27, 2014 complaint, the FTC alleged that the two companies agreed to reduce the amount of propane in their tanks without implementing a price reduction, which had the effect of raising the price per pound of propane sold.2

In the US, consumers typically use propane exchange tanks for barbecue grills and patio heaters.  These steel tanks pre-filled with propane typically are purchased by consumers through retail stores, including home improvement stores, hardware stores, mass merchandisers, supermarkets, and then when empty, the tanks are exchanged for another pre-filled tank.

According to the FTC, in 2008, Blue Rhino controlled approximately 50% of the US wholesale propane exchange market, while AmeriGas controlled about 30%, making the two companies the largest suppliers of propane exchange tanks in the US.3   No other competitor served more than 9% of the market, and no other competitor could supply large national retailers, like Walmart, Lowe’s and Home Depot.4   For example, according to the FTC, Walmart is the largest propane exchange tank retailer in the US, and Blue Rhino supplied 60% of Walmart locations, while AmeriGas supplied approximately 35% of Walmart locations.5

Recognizing that it would be at a competitive disadvantage if the changed fill level was implemented unilaterally, Blue Rhino decided to inform AmeriGas of its plans to reduce the fill level without a corresponding price decrease.7   Specifically, the complaint alleges that Blue Rhino’s President and AmeriGas’s Director of National Accounts spoke to each other on the phone seven times within thirty hours, beginning on June 18, 2008.8   Unbeknownst to Blue Rhino, months earlier, AmeriGas had unilaterally contemplated changing the fill level on its propane exchange tanks.  AmeriGas abandoned the plan out of concern that it would be at a disadvantage if competitors did not follow its lead.9   Then on June 20, 2008, after the conversations with Blue Rhino, AmeriGas’s management produced a draft budget with a plan to reduce the fill level of propane exchange tanks from seventeen to fifteen pounds.10   The largest propane exchange tank consumer, Walmart, pushed back on both companies and did not want to agree to the fill decrease.

The FTC alleged that Blue Rhino and AmeriGas talked about Walmart’s resistance and agreed that they each would demand that Walmart accept the fill reduction.   In its complaint, the FTC cited numerous phone calls between Blue Rhino’s Vice President of Sales and AmeriGas’ Director of National accounts about the Walmart negotiation.11   After one such phone call, Blue Rhino emailed Walmart to demand that the customer accept the fill reduction.  AmeriGas emailed Walmart the next day, using language similar to Blue Rhino’s email.12  Walmart ultimately capitulated and accepted both AmeriGas and Blue Rhino’s fill reductions.13   The FTC claimed that this “secret agreement” had the “effect of raising the price per pound of propane to Walmart and likely to the consumers” in violation of Section 5 of the FTC Act.14

On October 31, 2014, the FTC announced that Blue Rhino and AmeriGas agreed to settle the charges brought against them with proposed consent agreements.18 Under the proposed settlements, each company is barred from agreeing with competitors to modify fill levels, or fix the prices of propane tanks in any other way, and barred from coordinating communications to customers.19   The two consent agreements were entered into separately between the FTC and Blue Rhino and the FTC and AmeriGas, but they are materially identical.20

Notably, the consent agreements allow Blue Rhino and AmeriGas to exchange “limited information needed to negotiate the terms of refilling agreements,” because transporting exchange tanks is a significant expense and these co-packing agreements “may lower the cost of serving customers located farther away from filling facilities.”21   The proposed agreements also require both companies to establish and maintain antitrust compliance programs and outline requirements for these programs.22

The FTC vote to accept the proposed consent orders for public comment was 3-1-1, with Commissioner Ohlhausen dissenting and Commissioner McSweeny not participating. Chairwoman Ramirez and Commissioner Brill issued a joint statement, emphasizing that the alleged collusive behavior centered on an anticompetitive agreement that neither AmeriGas nor Blue Rhino would accede to pressure from Walmart to reinstate the original fill level.23   Chairwoman Ramirez and Commissioner Brill could not find any reasonable procompetitive justification for the alleged agreement.24   Commissioner Wright, in his concurring statement, agreed that none of the parties had presented a plausible efficiency justification to suggest the alleged collusion was somehow procompetitive.25

Commissioner Ohlhausen dissented, explaining that in her view, the facts of this case did not support the other Commissioners’ novel theory that Blue Rhino and AmeriGas committed a per  se antitrust violation.26 Although the parties allegedly communicated about Walmart, she concluded that the evidence did not support a finding that “the parties reached an agreement on how to “˜push’ Walmart.”27Commissioner Ohlhausen pointed out that the complaint did not contain any allegations that the parties agreed on the prices to maintain for the lesser-filled tanks and that Walmart was free to negotiate prices with the parties.28 Commissioner Ohlhausen also did not find any evidence that Walmart was susceptible to pressure or that Blue Rhino and AmeriGas actually coerced Walmart to accept their contractual terms.29

In their statement, however, Commissioners Ramirez and Brill countered by concluding that this case did not “present a new or novel theory of liability,” because, reducing the volume of gas while keeping the price constant “is equivalent to a per unit price increase.”30 According to Commissioners Ramirez and Brill, “It does not matter that the Complaint does not allege that AmeriGas and Blue Rhino agreed to keep their respective prices to Walmart constant, or that Walmart may have been free to negotiate prices with the parties …The law is clear that price fixing agreements “˜may or may not be aimed at complete elimination of price competition’ and are unlawful in either instance because of the enormous threat they pose to the free market.”31   The Commissioners also concluded that there was not reasonable procompetitive justification for the companies’ actions, therefore, the agreement “amounts to a per se unlawful naked restraint on price competition.”32

Under the Sherman Act, per se illegal agreements are not strictly limited to agreements on price.   Agreements that restrict output or other terms of sale also fall in the per se category.   Arguably, this case goes a bit further.   Here, the FTC challenged concerted action that it determined had the effect of an anticompetitive agreement to raise prices, even though the competitors did not exchange information on price or agree on prices to submit to a customer(s).   Further, it is interesting to note that the FTC pursued this case under Section 5 of the FTC Act and filed an administrative complaint against the companies, rather than refer the matter to the Department of Justice, Antitrust Division, to pursue a criminal action under the Sherman Act.

The Blue Rhino and AmeriGas settlements raise some important antitrust counseling issues, including: 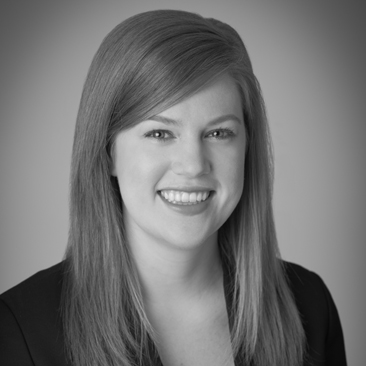 Ninth Circuit Weighs in on FTAIA and Alternative Fine Statute