In corporate mergers and acquisitions (M&A), it is essential to conduct due diligence to understand the risks associated with any contemplated transaction. A crucial aspect of this diligence lies in evaluating the target’s liability or potential liability in patent litigation, particularly in light of the significant costs associated with litigation and potential for injunctions against products and services. An essential part of this evaluation includes analyzing the defenses available to the target. The inter partes review (IPR) proceedings under the America Invents Act (AIA) have proven to be an important tool against patent infringement claims due to their high institution and invalidation rates. The possibility of the acquirer filing its own IPR may provide a strategic advantage for the target, particularly if the target is prohibited from filing one.

An IPR is a proceeding conducted by the Patent Trial and Appeal Board (PTAB) to review the validity of a patent. A petitioner is barred from filing an IPR: (1) if “the petitioner or real party in interest filed a civil action challenging the validity of a claim of the patent” and (2) if the petition is filed “more than 1 year after the date on which the petitioner, real party in interest, or privy of the petitioner is served with a complaint alleging infringement of the patent.”  35 U.S.C. §§ 315(a)(1), (b).  While the “‘real party-in-interest’ is a party that desires review of the patent,” the concept of privity is more expansive and includes relationships with the petitioner that are “sufficiently close such that both should be bound by the trial outcome and related estoppels.”  Office Patent Trial Practice Guide, 77 Fed. Reg. 48,756, 48,759. Determining whether an entity is a real party in interest (RPI) or a privy is a “‘highly fact-dependent question.” Id.  The PTAB evaluates a non-party’s status as an RPI or privy as of the relevant barring dates (e.g., one year after service of the complaint or when validity was challenged) and at the time an IPR is filed.  Key factors are the degree of the non-party’s control over the IPR and the petitioner. Aruze Gaming Macau, Ltd. v. MGT Gaming, Inc., Case IPR2014-01288.

Filing Before the Acquisition

If the determination is made that it is in the acquirer’s interest to file its own IPR, whether or not the target is barred from filing an IPR, the target must not be an RPI or a privy of the acquirer before the IPR is filed. Therefore, it is important that the diligence team determine whether to file an IPR so that its timing and control, as well as the acquirer’s relationship with the target, can be analyzed.  In general, filing an IPR before an acquisition is complete is preferable. The earlier in the process, the less likely the target will have a relationship with the acquirer that will prohibit the acquirer from filing an IPR. The mere intent to acquire a company is insufficient to establish status as an RPI or privy with a barred target. Synopsys, Inc. v. Mentor Graphics Corporation, Case IPR2012-00042.  However, interim contractual obligations between the parties should be evaluated to assess whether they provide a controlling interest.

Filing After the Acquisition

Filing an IPR after an acquisition is complete can pose more risks. However, a parent corporation is not in privity with a barred subsidiary solely because of its status as a parent, Aruze Gaming, Case IPR2014-01288, nor does the fact that the acquirer is the successor in interest of the acquired target’s relevant products establish privity under §315(b), Synopsys, Case IPR2012-00042. Although filing an IPR solely as a proxy for a barred target would be prohibited, the mere fact that the target would benefit from the outcome of the IPR does not render the target an RPI—even if the corporate entity filing the IPR itself has no substantial interest in challenging the patent. See ABB Technology, Ltd. V. IPCO, LLP, Case IPR 2013-00482. Control or the ability to control the IPR must be present.

To preserve the acquirer’s right to file an IPR, it is important that the acquirer maintain independent decision-making power over the IPR. As an initial matter, the content for the IPR should be independently selected by the acquirer if the target is barred from filing an IPR. A party who suggests content for an IPR to file on its behalf can support a finding that it is an RPI.  See RPX Corp. v. Virnetx Inc., Case IPR2014-00171. Additionally, if an acquirer becomes a party to a pending litigation involving the respective patent in the IPR, precautions should be taken to avoid privity through the appearance that the target is controlling all legal interests associated with the relevant patent. While the use of common counsel and engaging in a joint defense group are not dispositive of privity, Petroleum Geo-Services, Case IPR2014-01475, the absence of independent actions of counsel can be evidence of privity due to lack of corporate separation, Zoll Lifecor Corp. v. Philips Elecs. North America Corp., Case IPR2013-00609.

Finally, the merger itself may create a corporate or legal relationship between the parties that bars an acquirer from filing an IPR. PTAB decisions suggest that legal obligations, such as indemnification, could be evidence that the indemnifying party is an RPI if it exercised or could exercise the ability to intervene or control litigation, although financial contribution alone is insufficient.  Petroleum Geo-Services Inc. v. WesternGeco LLC, Case IPR2014-01475; see also Broadcom Corp. v. Telefonaktiebolaget LM Ericsson, Case IPR2013-00601. Therefore, the target’s indemnification and control provisions should be reviewed carefully.

Consequently, when possible, acquirers desiring to file IPRs should file before completion of the acquisition. The acquirer should also carefully maintain corporate separation and communications with the target with respect to the subject matter of an IPR at least before filing an IPR. Maintaining this relationship after the filing may also be desired to avoid the application of estoppel effects to the target if it is involved in a pending litigation.  See 35 U.S.C. § 315(e).

Reprinted with permission from the “September 1, 2015” edition of the “InsideCounsel”© 2015 ALM Media Properties, LLC. All rights reserved. 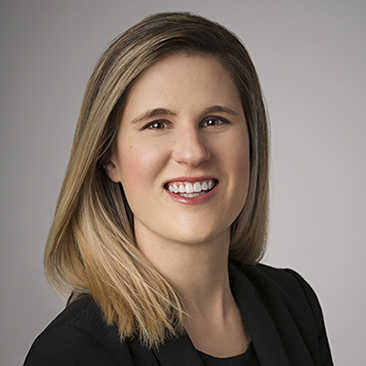